Studio Wildcard today launched its third expansion pack for the dinosaur survival action-adventure ARK: Survival Evolved.  Available today on Steam, ARK: Extinction is an entirely new map that promises to deliver the long-awaited climax to the ARK storyline, returning to where the story began and now ends: on Earth itself! Visit the ruined world that’s rampant with Element-corrupted creatures, scour the land for Orbital Supply Drops, tame exotic creatures, and build a Mek powerful enough to defeat the colossal, tameable Titans dominating the landscape.

Haven’t yet explored the thrilling world of ARK? Jump into the adventure today during ARK’s Free Week on Steam, where the base game ARK: Survival Evolved is available to play for free now – Sunday, Nov 11th, paired with massive discounts to own ARK and its other expansion packs, Scorched Earth and Aberration.

ARK: Extinction will be available for PlayStation®4 and Xbox One starting November 13th.

ARK: Extinction is available today on Steam as a standalone expansion pack ($19.99) and as part of the ARK: Explorer’s Edition (Game + Season Pass), joining the desert-themed Scorched Earth and the underground, derelict biome Aberration, in continuing to unravel the mysteries in this final chapter of ARK’s story.

ARK: Survival Evolved is rated “T” for Teen (Violence, Blood, Crude Humor, Use of Alcohol) by the ESRB. 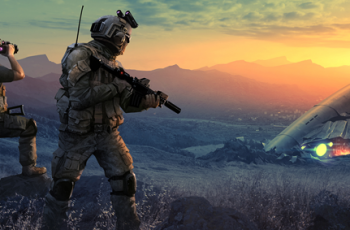 En Masse Entertainment announced today that on September 18, TERA will introduce a …