Pennywise still haunts the Losers 27 years later in It Chapter Two, but they also left their mark on him. He is so changed, in fact, that the producers hit upon a new way to interpret him.

While the dancing clown experienced his first real defeat in It Chapter One, the revenge he seeks in the second one is not straightforward. In a recent press conference, actor Bill Skarsgård floated the idea that Pennywise may crave defeat.

“He’s come back for revenge, but there’s this kind of urge that maybe Pennywise really, really wants to be defeated, finally and forever. So there’s this thing making it more interesting to me: he’s angry, he wants revenge, but there might be sort of a – if you can imagine such a thing as a subconscious of Pennywise – that is maybe wanting to be destroyed.”

Pennywise From Book to Screen

The idea of a Pennywise who wants to end it all is rather surprising, but it has a canonical basis. Director Andy Muschietti and fellow producer Barbara Muschietti explained how they decided on that possible course, including a citation from King’s pages. As Barbara described:

At the same time, there were some aspects from the book that had to be changed. According to Skarsgård, in King’s novel, “He seems like he’s afraid of the kids… a little bit. His biggest fear is them coming back and defeating him or challenging him again.”

A villain who is terrified of his victims is not the kind of threat It Chapter Two needs. In this way, a death wish makes him more frightening because he has nothing to lose. “What if he wants them back? He wants them back, and he’s enjoying it.” Skarsgård elaborated. “He’s playing a mind game on all the Losers, and it’s revenge, and maybe some masochistic side of it. But he really craves them, and he wants them back. I think that was a change that we needed in order to make the movie work.”

It Chapter Two arrives in theaters September 6th. Let us know your thoughts in the comments. And don’t forget to check That Hashtag Show for the latest news on your favorite films. 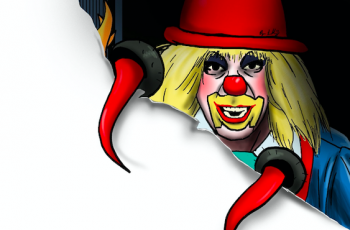 Hot on the heels for the release of It: Chapter … 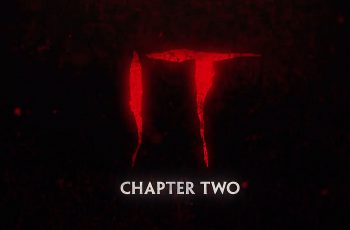 At long last the sequel to the box office hit, …