According to Screen Rant, during the Jumanji: The Next Level press junket, Dwayne Johnson might have let a bit of a spoiler for Black Adam slip. Now this isn’t a surprise to us at That Hashtag Show as we did learn that this would be the case all the way back in March here. Black Adam has been in development at Warner Bros. for a long time now. I’m sure a lot of it has to do with Dwayne Johnson’s busy schedule. It might also just have to do with how they would do a character like this. Black Adam isn’t the normal superhero with a normal backstory.

Either way this is huge news that DC and Warner Bros. are going to go full bore into the character of Black Adam. Dwayne Johnson is the biggest star in Hollywood right now. It makes sense that they would want to put their full weight behind him. It’s interesting that he would be portraying a character in the DC Universe that isn’t as popular as some of the other heavy hitters. Whatever Dwayne Johnson touches right now turns into gold. So DC is banking on this one to be successful.

Which Members of the JSA in Black Adam?

As for the specific JSA members that will be in Black Adam, it’s not known at this time. Whether that means it’s Green Lantern, or some of the lesser tier JSA members, who knows. The Justice Society of America is a team of heroes that predates the Justice League. They have the distinction of being the first team of heroes in comic books dating all the way back to 1940.

Either way, it’s sure to be exciting to add to the superhero genre that we know and love. DC has been stuck in a bit of a rut as of late. Their saving grace is that Dwayne Johnson can do no wrong in Hollywood at the moment.

For more on Black Adam, DC Comics, Warner Bros., or any other general pop culture news, reviews, or anything else you can think of, check back to That Hashtag Show. 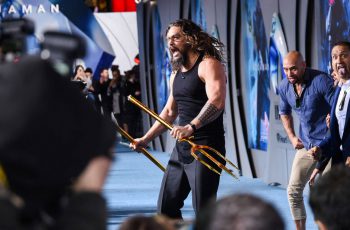 Movie premieres are things that usually have press yelling a … 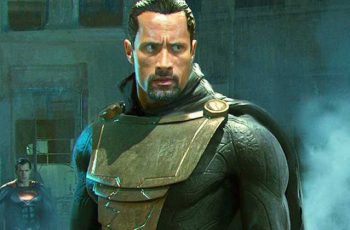 DC’s Shazam has only been out for a few days, …