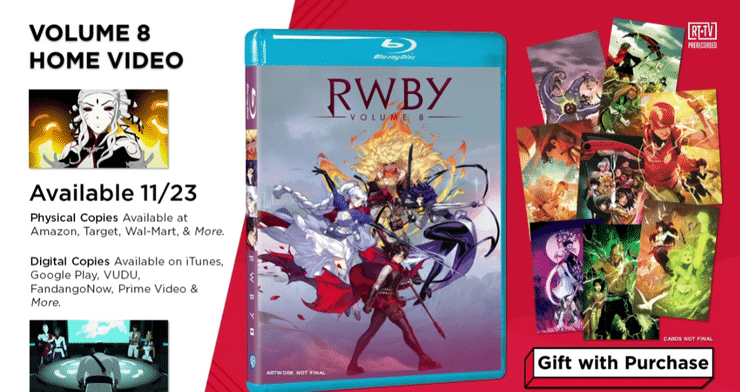 Have you ever wanted to watch the latest season of RWBY, Volume 8, on Blu-ray? Were you on edge of your seat when you first heard that it was coming to home media that way? Well, now you don’t have to wait any longer to get it.

Rooster Teeth and Warner Bros. Home Entertainment are proud to announce the release of RWBY Volume 8 on November 23, 2021. You can purchase it on various online retailers, including Amazon, Best Buy, and Target. The price varies from retailer to retailer so do your research. At the time of this writing, Amazon currently has the lowest price at $19.96. So, if you’re looking for a bargain, you might want to check out Amazon or browse around for yourself.

As one last reminder, RWBY Volume 8 comes with a little bonus for those who order it early. The first 20,000 people who purchase the Blu-ray version will get a pack of exclusive collectible cards. The cards feature artwork based off of the RWBY x Justice League crossover comic Rooster Teeth did with DC a while back. Said artwork is specifically main cover art from the comics, plus variant covers thereof.

Unfortunately, by the time you’re reading this, it’s pretty likely that all of these card packs are gone already. They are a limited edition run specifically for the first 20,000 buyers, after all. Maybe Rooster Teeth will change their mind later on and sell the card packs directly, but that’s just pure speculation for now. We’ll just have to wait for more news about this from Rooster Teeth later, if any.

Comment and let me know if you snagged a set and make sure to check out more from That Hashtag Show! 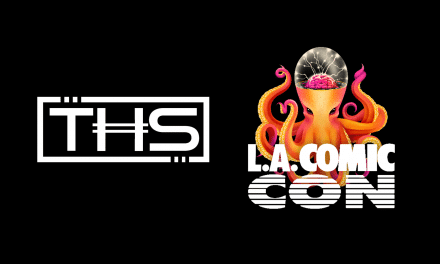 THS Is The Official Media Partner For LA Comic Con! 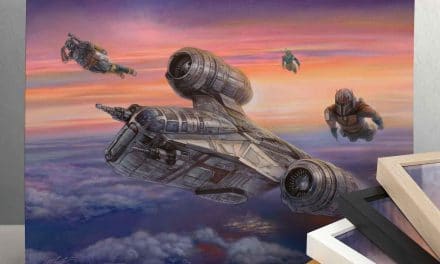 The Mandalorian: The Escort Print Available Now From Art Of Entertainment 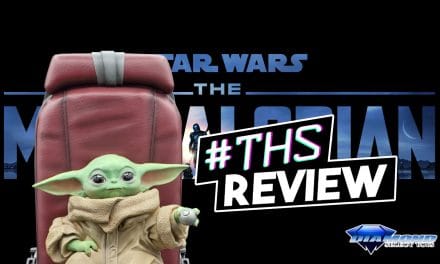 The Mandalorian: The Child In Co-Pilot Seat From Gentle Giant Ltd. [Statue Review]