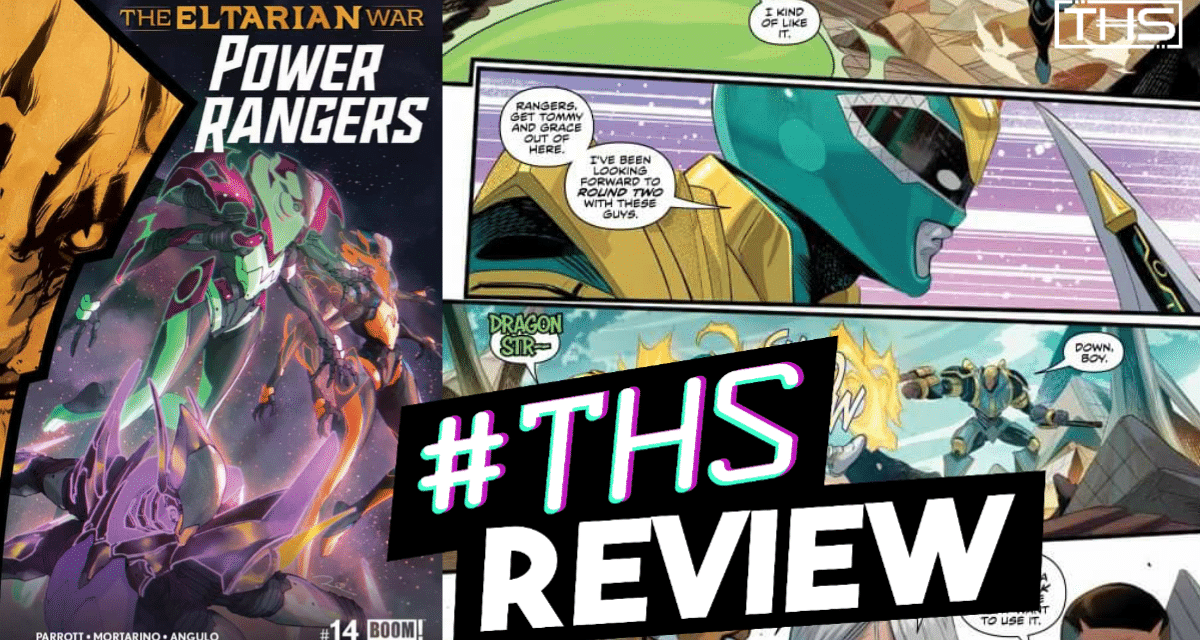 Zordon, making his triumphant return, gets straight to work… And the BAMF is out to save the planet and protect his team!

Zordon is “BACK TO ACTION”

The wise sage is now the Leader of the Pack with an assault inside the Eltarian Ship! He gives no quarter and starts bashing the Eltarian Guard. It is OBVIOUS that he is out for vengeance against his former ally and commander.

While Zordon is leading the assault, there are many gears in motion! With Rangers and the “Moon Team” (Squat, Baboo, Finster, & Goldar) on multiple fronts, Zartus isn’t ready for what’s about to come! Kimberly and Finster are simultaneously using Chaos Putties to free Zelya. But what about the rest of the Rangers…?

Digging Around on Earth

Matt, Tommy, Zack, and Aisha are trying to save Grace amongst the rubble of the Promethea. Matt impatiently Morphs and frees her. But that was just what Sentry Force Four needed to track them.

The ensuing battle is very one-sided as we already know the rangers can’t go toe to toe with the Sentry Force Four. Kimberly, Adam, Billy, and Rocky show up with the Baboo, Squat, and Goldar! The next few pages of fighting are magnificent! Billy even has some banter with his chosen dance partner Zero-Zero with the sneak attack assist from Squat.

Adam and Baboo take on Zag, with Baboos potions in tow make quick work of the portal hopping heckler. Goldar goes one on one with Zenith. She was way overconfident thinking Goldar will be clever like the rangers. The dude straight up cut her wings and she dropped like a rock! Zeta was last to be double-teamed by Rocky and Zelya and yes it worked. UNTIL…

THE EMPYREAL SHOWED UP!

Oh, but wait. During the fight, Tommy and Matt brushed themselves off and with Jason, Trini, and Yale, got their Zords to take on the world destroyers. Also, I noticed that the Blue Omega Zord is now a quadruped like Yale!

Zordon’s plan is coming to fruition and needs the Zeo Crystal but THAT is up to Zedd…..

WOW! Again Ryan Parrott and the Team are killing it! Not a single panel was wasted. This sort of high-stakes, high-speed storytelling is leaving me on the edge of my seat.

Where this is going to end up I have no idea! Considering the Zedd is still alive (not that we didn’t see it coming), Zordon now has two foes. I think we are going to come to some sort of Mexican stand-off between the 3 Eltarian Warriors. Who will prevail? How will this affect the team in the long run? And for those who do survive what effect will this have on their character?

My only gripe for this was over the last few issues I’ve said that the balance between all the characters has been even. But this time once the rest of the rangers with the monsters came to earth, Aisha and Zack aren’t seen for the rest of the issue.

Just before, Matt was able to get up with Grace holding the Psycho Dagger. It was crackling with energy – will that lead to some adverse effect? Will it twist her and DE-power Matt?

The potential and bar are set so high, I can’t wait for the next issue!

All covers come with Virgin Variants. You can find them at your LOCAL COMIC SHOP. Also out today is Power Rangers Universe #1.

While you’re at it head on over to our That Hashtag Show Facebook page for all your Power Rangers news. Also, make sure to follow me at OFF THE CUFF GAMING on Facebook and YouTube. Keep up with ThatHashtagShow.com for all your latest Power Ranger news and everything trending “in Geek Pop Culture” and “May the Power Protect YOU!” 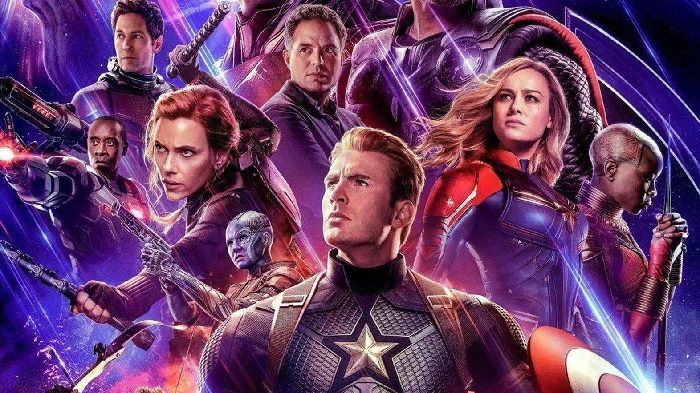 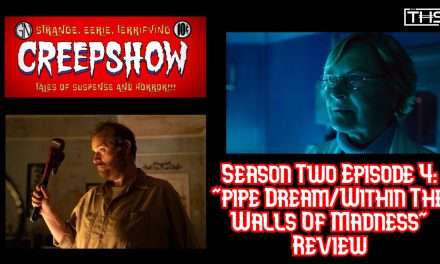 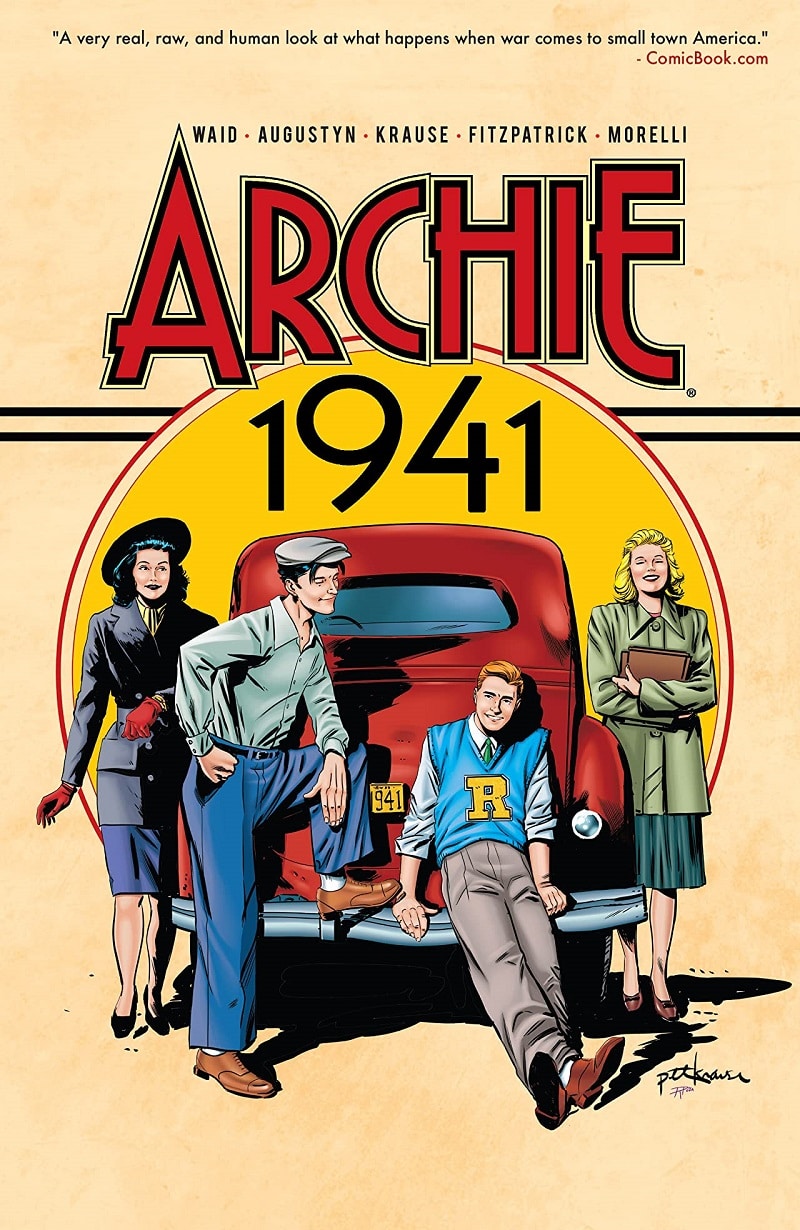 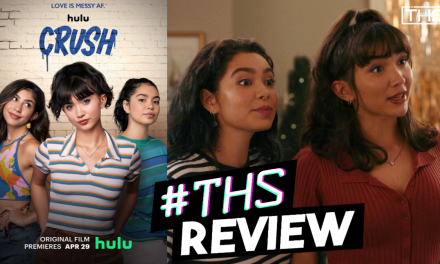