The DC Universe streaming service will be launching sometime this year with a highly anticipated slate of original programming. The first one to kick it off will be Greg Berlanti’s Titans, featuring the live-action debut of the beloved Teen Titans! Here at That Hashtag Show, we’ve revealed several potential characters that could be showing up on the series, with several predictions having come to fruition.

As production on the first season is getting close to wrap in Toronto, Canada, we’ve another exciting breakdown that might be teasing another huge DC Comics character jumping to the streaming series! While this is just our guess, the information for this mystery character does seem to match a particular hero who has a history with the Teen Titans.

Being referred to as “David”, he is a 20s-something Caucasian male with dark hair who would guest star in the 13th episode, which is the season 1 finale. “David” is described as a powerful individual who is merciless, so much so that he has recently unleashed chaos to the people who have been keeping “David” as a prisoner in a mysterious lab. When we find “David”, he will have recently have escaped this lab. Whoever we see in the role would have a series regular option for consecutive seasons of Titans.

As a reminder, this is our best guess on what DC character “David” may be as the description matches Conner Kent a.k.a. Kon-El…a.k.a. Superboy! Making his first appearance in The Adventures of Superman #500 in June 1993, Conner is a clone of Clark Kent a.k.a. Kal-El a.k.a. Superman and the villainous Lex Luthor, the Man of Steel’s nemesis. Created by Project Cadmus, Conner has had a long history in the DC Universe, primarily as a member of Young Justice. However, he was a member of the third incarnation of the Teen Titans when Titans executive producer Geoff Johns was writing the book.

While the Superboy title has been used in media previously, Conner’s biggest appearances have been in animation and briefly in live-action. Nolan North voiced Superboy on Young Justice which is being resurrected for a third season on the DC Universe service! In the animated series, the newly founded group discovers Conner during their first mission when they investigated Project Cadmus. After some friction at first, Conner soon befriends the young heroes as he becomes a member of the squad and has served as one of the show’s primary characters.

In the final season of The WB/The CW’s Superman prequel Smallville, Conner is first introduced as a clone of Lex Luthor, referred as “LX-15” and ends up being saved by Tess Mercer. Due to a fast aging process, young Alexander quickly grows into a teenage version that is played by Lucas Grabeel. As he has the original Lex’s memories, Alexander, under the guidance of his father’s doppelgänger Lionel Luthor, tries to go after Clark and Martha Kent. But Lionel’s attempt at controlling this Lex fails as Clark and Tess help him get on a better path. In the 16th episode of Season 10, titled “Scion,” Alexander goes by Conner as he has now lost his memories as Lex and is now demonstrating Kryptonian abilities.

Despite Lionel’s final attempt at corrupting him, Conner stands by Clark as he aims to follow in the footsteps of his better DNA. While quick, we do see the classic black t-shirt with the red S-shield as Clark dubs him Conner Kent. Our young Superboy would, later on, appear in Smallville Season 11 which was a tie-in comic where he is a member of Jay Garrick’s Teen Titans. Should “David” indeed be Superboy, this will be his second live-action appearance where he’ll get to play a larger role.

With San Diego Comic-Con just around the corner, we’ll hopefully have new exciting details about Titans as well as the DC Universe streaming service! But in the meantime, sound off in the comments below what you think about the possibility of Superboy coming to Titans and stay tuned here at That Hashtag Show for everything trending in geek pop culture!! 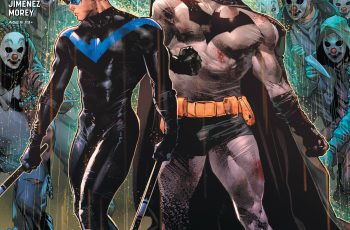 Batman 99 from DC Comics really comes across as a … 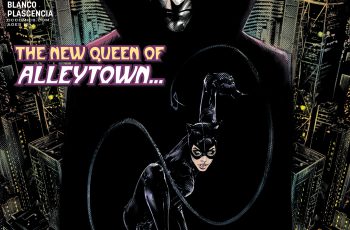 The Joker War is over. So far many of the …