DC Universe’s Titans premiered recently and more original programming is on its way to the new streaming service. One of the shows you can expect is the Titans spin-off Doom Patrol, as the iconic DC group will recur in Season 1 before they headline their own series. As production is going strong in Atlanta, Georgia, That Hashtag Show is proud to reveal that two recurring characters are being cast, one of them closely tied to the group in the comics!

First up, we have the DC character of Willoughby Kipling, a male in his 50s/60s of any ethnicity. Willoughby is described as an old friend of Niles Caulder a.k.a. The Chief. Having ties to the Knights Templar and having the status of a Chaos Magician, Willoughby ends up reconnecting with his buddy as he senses a coming apocalypse. His strong determination in wanting to stop a disaster is described as merciless.

Willoughby made his first appearance in the DC mythos in Doom Patrol #31 back in 1990 and while he hasn’t appeared in many stories, it looks like he will have a large arc in the TV series. Next up, we have another recurring player by the name of “Steve” who is a male in his 40s of any ethnicity. He is described as an annoyingly comic-relief who ends up boarding a bus with the Doom Patrol who are heading to a mysterious location. However, as “Steve” is getting ready for a special procedure, his journey takes him down an unexpected path that he may not have asked for.

While there is always the chance that “Steve” is a codename for another DC character, we’ll let you speculate in the comments below. The Doom Patrol will make their debut in the next few weeks on Titans as their introduction episode sets up their upcoming spin-off show.

“DOOM PATROL IS A RE-IMAGINING OF ONE OF DC’S MOST BELOVED GROUP OF OUTCAST SUPER HEROES: ROBOTMAN, NEGATIVE MAN, ELASTI-GIRL AND CRAZY JANE, LED BY MODERN-DAY MAD SCIENTIST DR. NILES CAULDER (THE CHIEF). THE DOOM PATROL’S MEMBERS EACH SUFFERED HORRIBLE ACCIDENTS THAT GAVE THEM SUPERHUMAN ABILITIES—BUT ALSO LEFT THEM SCARRED AND DISFIGURED. TRAUMATIZED AND DOWNTRODDEN, THE TEAM FOUND PURPOSE THROUGH THE CHIEF, WHO BROUGHT THEM TOGETHER TO INVESTIGATE THE WEIRDEST PHENOMENA IN EXISTENCE—AND TO PROTECT EARTH FROM WHAT THEY FIND. PART SUPPORT GROUP, PART SUPER HERO TEAM, THE DOOM PATROL IS A BAND OF SUPER-POWERED FREAKS WHO FIGHT FOR A WORLD THAT WANTS NOTHING TO DO WITH THEM. PICKING UP AFTER THE EVENTS OF TITANS, DOOM PATROL WILL FIND THESE RELUCTANT HEROES IN A PLACE THEY NEVER EXPECTED TO BE, CALLED TO ACTION BY NONE OTHER THAN CYBORG, WHO COMES TO THEM WITH A MISSION HARD TO REFUSE, BUT WITH A WARNING THAT IS HARD TO IGNORE: THEIR LIVES WILL NEVER, EVER BE THE SAME.” 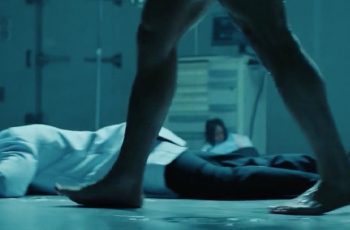 I had lost my interest in DC Universe’s Titans after … 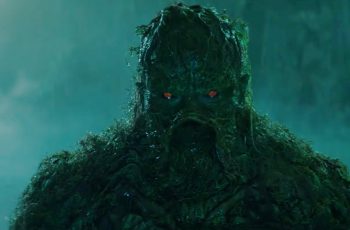 Aquaman’s James Wan has been keeping a lot of his …