This past summer we brought you the character breakdown for Swamp Thing‘s Matthew Cable; today we can report that Henderson Wade has joined the series in that role.

Wade has been seen most recently on the CW’s Riverdale as Sheriff Michael Manetta after an ongoing role in Extant. Wade joins Crystal Reed as Abby Arcane, Derek Mears as the Swamp Thing and Virginia Madsen as Maria Sunderland. Described as a courageous and intelligent hometown boy, Cable is the Deputy of Houma, Louisiana when a bizarre series of events begins to unfold. 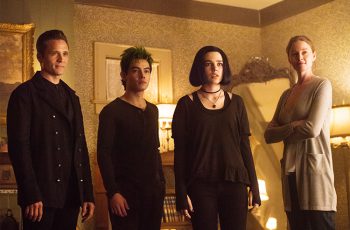 The Titans season finale dropped an exciting hint for next …

One of the several DC Comics properties being adapted for …