New set photos from the upcoming HBO Watchmen series have given us our very first look at a masked blast from the past: Hooded Justice.

In the Watchmen universe vigilante justice has been outlawed since 1977. However, back when one could legally go about and save the day, Hooded Justice was a member of the Minutemen, the original superhero team that was active primarily during the 1940s.

The new set photos reveal an advertisement on the side of a bus for a television series called “American Hero Story: Minutemen” with a picture of Hooded Justice. The in-universe series looks to be a documentary program, the kind that likes to dissect controversies and mysteries and Hooded Justice is the perfect “face” for that.

Hooded Justice masked (no pun intended) both his homosexuality and a tumultuous relationship with fellow Minutemen Captain Metropolis by having his other teammate Silk Spectre publicly pose as his girlfriend. His relationship with Captain Metropolis was plagued by Justice’s infidelities with male prostitutes that were also bribed in order to keep his sexuality a secret.

Hooded Justice is also the only member of the Minutemen whose true identity has never been revealed or confirmed. There’s also many theories about Justice’s unconfirmed fate in the books; perhaps he withdrew from public life, maybe he was killed in the 1950s or maybe he faked his death in order to peacefully retire.

There’s been no confirmation yet if “American Hero Story: Minutemen” will actually be shown in the HBO series or merely just be a background detail.

Watchmen is slated for a 2019 release. 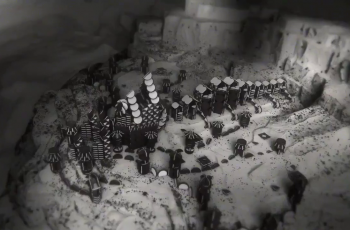