It was just last week it was reported that Parks & Recreations alum Adam Scott had joined Academy Award winner Jordan Peele’s reboot of the classic anthology series The Twilight Zone for CBS All Access. Well it looks like the studio and Peele are targeting even more big names for the series.

We have learned that the studio has offered roles to Riz Ahmed and Jacob Tremblay.

The actors would appear in episode 3 tentatively titled “Kid President“. Tremblay would play the kid president, while Ahmed would play his campaign manager. With Peele appearing as the host, as he will every episode.

Production on this episode will go from November 16 through December 3, in Vancouver, Canada.

The series will be produced by CBS Television Studios in association with Jordan Peele’s Monkeypaw Productions and Simon Kinberg’s Genre Films. Jordan Peele, Simon Kinberg, and Marco Ramirez will serve as executive producers for the series and collaborate on the premiere episode. Win Rosenfeld and Audrey Chon will also serve as executive producers.

Stay tuned to That Hashtag Show for more on this series as it develops. 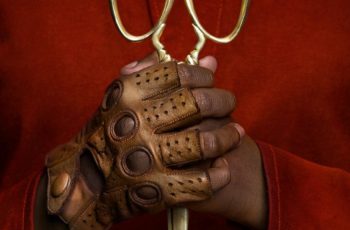 Jordan Peele gave us a Christmas present today with his …