Yes, George Lucas created Star Wars. If there is one lesson that George never learned, however, it is this: don’t mess with the classics. Sure, we can beat the dead horse that is the original trilogy Special Editions again if you want. (Dance number in Return of the Jedi, anyone?) This time though, we’re talking about Yoda. The Empire Strikes Back introduced us to the character that would instantly become a franchise icon. A member of the team that brought him to life back then then now admits, years later, that updating the puppet for The Phantom Menace was a big mistake.

Yoda as we first knew him in ‘The Empire Strikes Back’. (Image: Lucasfilm)

When Lucasfilm released The Phantom Menace in 1999, it utilized an “updated” version of the Yoda puppet. The goal was to portray a younger version of the Jedi Master as he’d presumably appear during the Clone Wars. Nick Maley recently described the error of using a different puppet for Yoda in Episode I. (Maley, as Flickering Myth tells us, was one of the original Yoda puppeteers for Episode VI.)  Speaking to the crowd at the For the Love of Sci-Fi Convention, he discussed the Episode I puppet.

Reinventing Yoda: One of The Phantom Menace’s Many Mistakes

“They built a puppet for Episode I: The Phantom Menace but made the mistake of trying to update Yoda,” said Maley.  He’d go on to explain: “[t]hey resculpted him and made him out of a different material…. They also needed to put a stronger mechanism in so the result was a Yoda that looked quite different and generated a lot of criticism.”

Maley isn’t wrong. Keep in mind, the Jedi of unknown species was 900 years old by the time we see him in Return of the Jedi. Chances are his physical appearance wouldn’t have changed that drastically in the few decades between Episodes I and VI. At least Lucas recognized that and made one positive change to his films. Lucasfilm replaced the ill-formed puppet with a CGI version of the character with Episode I’s Blu-ray release in 2011.

Hell, even Rian Johnson’s much maligned The Last Jedi got Yoda right. Despite that film’s many faults, Johnson was at least smart enough to use a puppet much more in keeping with the original. The Last Jedi Yoda was believable, whereas the Phantom Menace puppet was decidedly not. Perhaps we’ll also see if/how J.J. Abrams uses the character in Episode IX.

Yoda appears as a Force ghost in ‘The Last Jedi’. (Image: Disney/Lucasfilm)

And Yoda is Yoda. 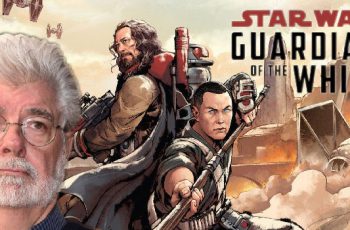 George Lucas was initially reluctant to sell off the Lucasfilm …
WARNING: Article contains minor spoilers for Ant-Man and the Wasp. …