Do you guys want The Russo Brothers directing a future STAR WARS film? And Nick Nolte joins the cast of the MANDALORIAN! Join the guys on this weeks Star Wars Fanatics and talk everything that happened this week!

Yes, Disney did away with the Expanded Universe when it took over the Star Wars franchise six years ago. It didn’t eliminate the EU stories entirely (they are now branded “Legends”), mind you. Nevertheless, it did remove a great deal of that storytelling from the current canon. While that angered many fans, I understood the reasoning. Notwithstanding, there remains a lot of material that could still be canon. Right now, however, I want to revisit one of my favorite Legends works. Today we remember I, Jedi, twenty years later.

During the 1990’s there were two authors that became synonymous with Star Wars: Timothy Zahn, and Michael A.  Stackpole. Zahn, of course, gave us the greatest of all Expanded Universe offerings, the Thrawn Trilogy. (He’s since penned two, new canon books featuring the fan-favorite character, and has a third in the works.)

Michael A. Stackpole, conversely, provided us with the Rogue Squadron series. It was his stand-alone novel I, Jedi, however, that became one his most notable pieces of work.

I, Jedi was the first Star Wars novel written in the first-person narrative. It featured the character Corran Horn, a former Corellian security officer who became a member of Rogue Squadron.  Like another young pilot with untapped potential (you might know him: Luke Skywalker) Horn had Jedi blood coursing through his veins. When his wife disappears, Horn agrees to join Luke’s fledgling Jedi Academy to learn the ways of the Force. Unfortunately, things don’t go as planned. Horn ultimately leaves his training to go undercover in search of his wife. Alone, he must tap into his latent Force abilities, and quickly, if he’s to find his wife in time to save her.

The journey of self-realization Corran Horn takes in I, Jedi is an emotionally compelling one. He’s faced with difficult decisions, but is armed with little guidance. Among those choices is whether or not to give in to the Dark Side to ensure his wife’s safety. As the novel progresses, Horn must come to terms with his family history, learn the ways of the Jedi, and discover his true self for the first time.

Stackpole’s storytelling draws you in, without question. The first-person narrative of I, Jedi connects you to the character in ways you might not experience with other written works. Nevertheless, I, Jedi will never be canon again as it ties directly to other Legends stories that could never take place in the existing canon climate. Some Legends characters, like Shadows of the Empire’s Dash Rendar, can and have returned to canon. Though Corran Horn cannot, I, Jedi is still a recommended read, and still holds up twenty years following its release.

I, Jedi remains available in paperback and electronic format at Amazon.com. 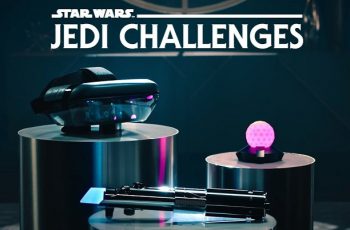 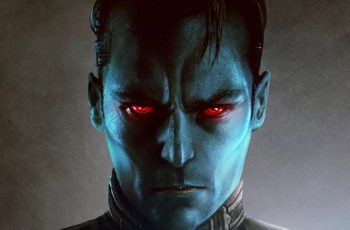 The original Star Wars in 1977 introduced us to one, …