We have looked at the past and current performances of the two major comic book franchises.  In the not so distant future could DC overtake Marvel as the Cinematic leader?  My answer to that is yes.  I think they will.  As you can see right now, they are neck and neck monetarily, so what must change for DC to become the new top dog?  What will change?

Both studios are going to be going through some big changes over the next year or two.  Let’s start with Marvel.  Next spring Marvel wraps up its cumulative story with Avengers: Endgame.  This will be the sum total of every single movie released since Ironman back in 2008.  It should be as big as Infinity War, except the one thing that might hurt Endgame will be its runtime.  If it does come in at 3 hours long, it will still do great.  It will just be hard matching Infinity War when you can’t show it as often.

At this point the story ends.  We will certainly have more movies, but they will have to move towards a new goal.  Even though that may be good as well, it will never be the EVENT movie that Infinity War/Endgame were.  Those movies are similar to Star Wars Episodes I and VII.  The sheer number of things that must line up will never happen again.

What happens when you get a winning formula?  It gets copied.  It gets old.  People change and so it no longer wins.  Marvel HAS to change up its formula.  Each and every one of their films has followed a similar formula.  Tell the origin story of the hero.  Introduce the thread that ties it to the overall story.  Move on.  One thing Marvel has struggled with is creating solid villains in its movies.  Loki is more like a Catwoman, being an anti-hero than an enemy.  Thanos was very good, but in many ways, he almost falls into that same basket.  Outside of those two, Marvel hasn’t done much.  They haven’t needed too.  Going forward if Marvel keeps this same construct, their product will begin to suffer because of it.

Marvel is losing their opening cast.  We have spent 10 years falling in love with the original Avengers group but moving forward almost everyone of them will be gone.  Can Marvel create new heroes that the audience can attach themselves too?  Spidey is doing a great job.  Scarlet Witch is up there as well, as long as Elizabeth Olsen wants it.  I have no doubt Captain Marvel will do well, but will her hero be one we all fall in love with and follow the way we did the originals?  Marvel has some big shoes to fill.

One other small note.  Look how Apple has dropped since losing Steve Jobs.  Doesn’t mean their phones aren’t as good but look at the edge it has lost.  How much longer will Kevin Feige be around?  Rumor mill has been swirling that he may in fact be leaving at some point in the near future just to change things up.  Star Wars has been one area of rumor, but there have been others as well.  If he leaves Marvel what impact will that have? 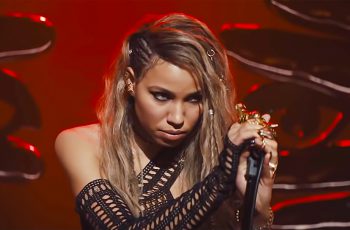 Jurnee Smollett said she would play Black Canary again “in …

Screenwriter David Callaham has been commissioned by Marvel Studios to write …