Independent game studio Spearhead Games is happy to announce the launch of Omensight: Definitive Edition on Nintendo Switch™ today. The Definitive Edition includes all the content and polish added to the original game since its original launch in May on PC and Playstation 4. To celebrate this momentous occasion, you can check out the new trailer for this 3D action murder mystery game.

“I’ve been a Nintendo fan all my life and their games have inspired so much of my game designs, so releasing Omensight on the Nintendo Switch™ is like a dream come true,” said Malik Boukhira, co-founder of Spearhead Games. “Omensight: Definitive Edition was a 2 year-long journey with a crew of 15 amazing and driven people. We’ve been listening to and working on all the feedback from our community since the game’s first release and we’re now happy to bring the ultimate version of Omensight to Nintendo Switch™ owners.”

Omensight: Definitive Edition is available digitally right now on the Nintendo eShop for $19.99/16,79€.

About Omensight
When the world of Urralia nears its end, that’s when your work as The Harbinger begins. You take on the impartial, and crucial, role of both warrior and judge to rewrite the destruction of your war-sieged world by identifying characters that may have played a part in the apocalypse. By understanding the events that pushed Urralia to its tragic end, you can manipulate time and circumstance to prevent the catastrophe.

Pretty much like any murder mystery, people watch to investigate … 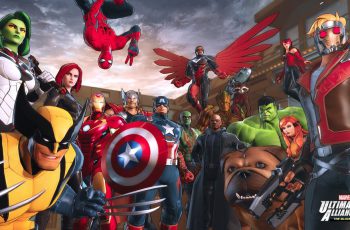 The Video Game Awards revealed our first look at …