Share
Tweet
0 Shares
Swamp Thing will be the fourth original series coming to DC Universe as the fan-favorite creature makes it to the world of live-action at last. From Aquaman director James Wan, the series is currently in production, with the pilot being directed by Len Wiseman (Lucifer, The Gifted) and he is being quite generous with fans who are hungry for closer looks at the series. Shared on his Instagram page, Wiseman gave fans a behind-the-scenes look with the two stars of the show, Crystal Reed and Andy Bean as Abby Arcane and Alec Holland respectively. But don’t worry, you get a video too as we get a look at the swamp itself, possibly being the scene where it all happens for our dear Alec. Watch his posts below.

@pedroluque always adding a spot of romance to the occasion

“When CDC researcher Abby Arcane returns to her childhood home of Houma, Louisiana, in order to investigate a deadly swamp-borne virus, she develops a surprising bond with scientist Alec Holland—only to have him tragically taken from her. But as powerful forces descend on Houma, intent on exploiting the swamp’s mysterious properties for their own purposes, Abby will discover that the swamp holds mystical secrets, both horrifying and wondrous—and the potential love of her life may not be dead after all.”

Swamp Thing, starring Andy Bean (Power) as Alec Holland, Crystal Reed (Teen Wolf, Gotham) as Abby Arcance, Derek Mears (Friday the 13th) as Swamp Thing, Maria Stern (Channel Zero) as Liz Tremayne, Jeryl Prescott (Ray Donavan) as Madame Xanadu, Will Patton (Falling Skies) as Avery Sunderland, and Virginia Madsen (Candyman) as Maria Sunderland, and Ian Ziering as Daniel Cassidy/Blue Devil, arrives on DC Universe in June 2019. Are you excited for Swamp Thing on DC Universe? What other characters do you hope to see make their way from page to screen in this show? Sound off in the comments below and be sure to stay tuned here on That Hashtag Show for everything trending in geek pop culture!
Share
Tweet
Email
Prev Article
Next Article 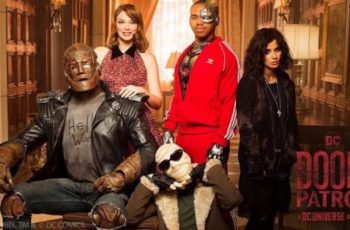 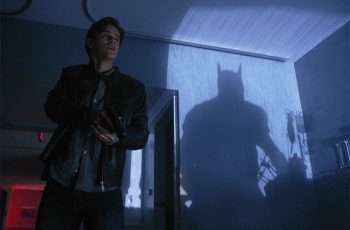