Tommy vs Jason. Who is the better leader? This has been the debate since the beginning of time. Jason and Tommy are said to be two of the strongest Rangers of all time and fans do consider Tommy to be the ideal Ranger. However, I’m here to debunk that and tell you why Jason and Tommy are both great leaders.

Both Rangers can acknowledge each other’s strengths. This is evident in episode 26 of the original MMPR series, as Jason and Tommy must save their allies but continue to be attacked by that episodes monster of the week. The evidence lays in the dialogue that was exchanged between Jason and Tommy. Jason can admit that Tommy is better when it comes to using a sword and says that he has the strength to make it up the hill faster than Tommy. Tommy himself agrees with this statement and borrows Jason’s Power Sword to help him distract their enemy.

When Tommy joined the team original MMPR team it was probably the biggest moment in power ranger history. Jason was the bigger person and allowed Tommy to join the team even after all the evil he did. Two half years later Tommy returned that generosity. When it came time to choose a Gold Ranger, Tommy could only think of one person. Jason coming back and joining the Zeo team was by far the biggest surprise in power ranger history.

When it comes to being a good leader, I think that Jason and Tommy both did a fantastic job. A leader can be anyone and being a leader can mean many things to different people. It all depends on how you wanna view things in the end.

Less than 2 days after images of the helmetless MMPR Ranger … 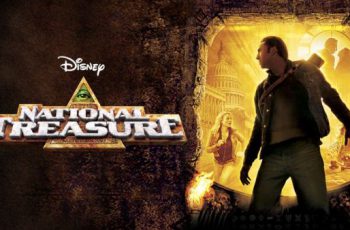 Disney Plus has quickly become the saving grace for Star …