To build anticipation for Glass, Universal Pictures has released a new set of posters and a short behind-the-scenes video. In the featurette, the director and actors talk about their characters’ motivations and the film’s different take on superheroes and villains.

After a series of box office duds, film director M. Night Shyamalan is poised to make his biggest debut yet with the superhero thriller Glass.  The movie is estimated to make $70 million on its opening weekend, which is only $19 million short of the top January spot held by American Sniper’s 2015 general release.

Glass is a sequel to both 2000’s Unbreakable and 2016’s Split.  It stars James McAvoy, Bruce Wills, Samuel L. Jackson, Sarah Paulson, and Anya Taylor-Joy.  Unbreakable tells the story of David Dunn (Bruce Willis) the only survivor of a massive train wreck.  He meets comic book aficionado Elijah Price (Samuel L. Jackson), who convinces Dunn that he survived because he has superhuman powers and the responsibility to use them.

Split follows Casey Cooke (Anya Taylor-Joy), a woman kidnapped and and imprisoned with two other women by Wendell Crumb (James McAvoy).  Crumb has 24 distinct personalities, including a murderous persona with superhuman abilities called The Beast.

Following the conclusion of Split, Glass finds Dunn pursuing Crumb’s superhuman figure of The Beast in a series of escalating encounters, while the shadowy presence of Price emerges as an orchestrator who holds secrets critical to both men.

With a low total box office and no competitive new … 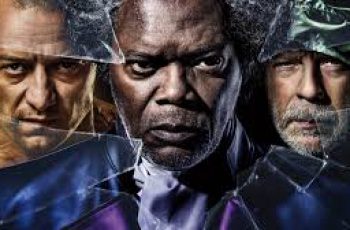 The problem with being a one trick pony is that …