After the failure of the 2016 Ghostbusters, rumors have been flying about what is next for the franchise. Is it dead? Do they do a sequel to the original using the original cast? There seemed to be no real direction for the franchise. Many thought it was done for. Now not only do we get an announcement that Jason Reitman will be directing a direct sequel in Ghostbusters 3, but we have a TEASER TRAILER!

THS contributor Josh Goldman wrote an article on who may or may not be in for this out-of-nowhere sequel. There is no official casting for this movie yet, but anything is possible.

The announcement of a director for a sequel normally does not mean much. How many directors have movies like Flash and The Crow gone through. They have even had casts, and yet have gone nowhere. I would not bet on this ever seeing the light of day.

Is This Likely To Happen

However, this trailer hints at a full speed ahead film. It has a 2020 release date attached to the end of it, so for this film to be made by then it has to be fast tracked. Also, the brilliance of this trailer is the camera closing in on a car under a tarp in a forgotten barn. When the wind blows the tarp up, it reveals the ORIGINAL Ecto-1. If you are going to use the original car, that highly suggests the original cast will be highly involved. This should either be an original cast movie or a direct passing of the baton style movie.

Then chills run rampant as the 2020 banner comes up. In the background we hear the energizing hum of a proton pack being activated. The sound is as unique as a lightsaber. It also suggests the Ghostbusters are roaring back with a vengeance.

Keep ears to the pavement as more information will no doubt be coming. 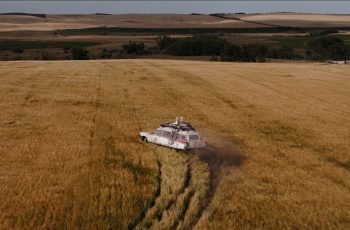 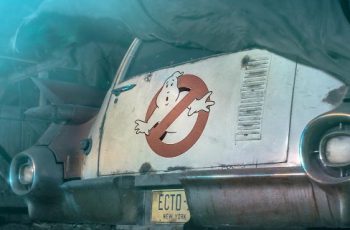 Dan Aykroyd might have let it slip on the Joe …