We are months away from Star Wars: Galaxy’s Edge opening in the Disney Parks. Nevertheless, Attractions Magazine brings us news about how fans will queue for Star Wars: Rise Of The Resistance, and what the ride will entail. The magazine offers a surprising amount of detail.

WARNING: SPOILERS BEYOND THIS POINT

Now, Disney announced the Rise Of the Resistance ride back in 2015, and since then we haven’t gotten much more information about it. Currently, there is a model of the ship guests will be boarding once they get past the Fastpass+/Standby line merger:

This model sits at Walt Disney Presents: One Man’s Dream in Disney’s Hollywood Studios. It seems like the ship, and the ride, is going to have a lot more detail than will the Millennium Falcon.

Once the guests board the ship, they will be spinning 180 degrees on the inside but won’t be able to tell. Guests will be sorted into 4 different rooms where they’ll watch an instructional video. (Similar to Dinosaur or Avatar: Flights Of Passage in Disney’s Animal Kingdom.)

Boarding the Rise of the Resistance Ride

Guests will then board one of 8 different transport vehicles between the 4 rooms, 2 vehicles per room. (The cool thing about it is the vehicles will never be more then a few seconds away from each other.)

Once the Rise of the Resistance ride starts, guests and their vehicles will be transported to the blue colored room. The droid will be patrolling the room. On the upper bridge, a rogue droid will be hacking into the mainframe and taking control of the vehicle.

From there, the vehicles will exit into an extremely highly-detailed area where guests will come face to face with an animatronic Kylo Ren. The vehicles will back up in retreat as his lightsaber fires up. The vehicles will then spin around and head off to the AT-AT room via elevator. This brings guests to the second floor, about 40 feet up. There The vehicles will reunite, encounter Kylo Ren again, and possibly General Hux.

The guests will then sneak away from that meeting and enter the gun room. The guns will be blasting into space as the vehicles drive under them. And the guests will be able to the guns power as they shoot, recoil, and reload. Video screens will show the Resistance fleet getting blasted.

The vehicles will once again meet an angry Kylo Ren , swinging his lightsaber at them. His hits will cause visible gash marks on the walls, as he did in The Force Awakens. The vehicles manage to escape, and get to their escape elevator. These will drop 40 feet, and almost feel like the drop from The Twilight Zone Tower Of Terror. At the bottom, the vehicles will head to the unloading dock, and the end of the ride.

Based on the descriptions, this ride seems like Rise of the Resistance will be a mix of Dinosaur, Avatar: Flight Of Passage, The Great Movie Ride, and The Twilight Zone Tower Of Terror. All in all, I’m really excited to see what it’s about. 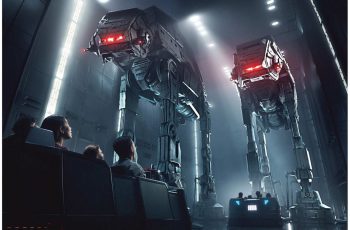 If you’ve missed out on what Star Wars: Galaxy’s Edge … 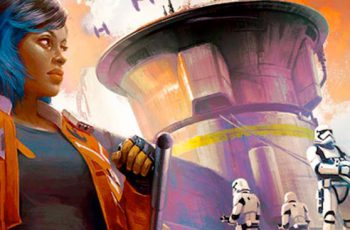