These two subjects can go hand and hand. Though the prior is what everyone wants it’s the later that everyone has actually experienced. The real question is “how do I deal with the later; how do I deal with rejection?” Well, I’ll tell you this; there is no magic wand that can be waived and no tools of the trade to avoid it. Rejection is a part of life, it happens and you will move on. But hopefully this little tid-bit of info will help you cope with rejection atleast. Now before we even get to rejection we should address what got you here. Sometimes it’s a friendzone issue, other times it’s just that you don’t mesh with a person, compatability is usually the biggest factor. Remember; chemistry is important, and it takes a mutual feeling for a relationship to flourish.

Now like I said earlier, rejection is a part of life. It will happen to everyone at sometime in life. I’m reminded of a phrase my relationship coach instructor used to tell us about rejection. “No matter who you are; no matter how sexy, smart, fit, tall, dark, handsome, or jaw droppingly beautiful you may be. There is someone out there that is tired of loving you or never wants the opportunity to arise”. What I’m saying is, it happens to everyone. From stars, billionaires, good looking people, to the average joe-schmo.

Biggest thing about rejection is that it doesn’t always mean that you weren’t good enough, sometimes it just means that the other person didn’t recognize what you have to offer.

They could just be a POTUS (Piece Of Totally Useless Shit)

So let’s say you are in a relationship or you were “courting” your love interest and you get the dreaded “I just don’t like you that way” well this would be that thing I spoke of earlier. Remember you aren’t everyone’s candy bar some people don’t even like chocolate. So now that ego’s have been put out of the way lets discuss what to do next. First we have to be cognizant of the fact that YOU CAN’T change your love interests mind. You can show them more of you even after the rejection but and if they change their mind about you then it’s them doing it. NOT YOU. No one loves on command. The capacity for love lies outside of will. It isnt a question of them not trying hard enough. Remove morality from it. They weren’t being “bad” for not liking or loving you the way you liked or loved them. And you were not “good” for liking or loving them. You were both on a quest for companionship that took you on different and conflicting paths.

There is a fine line between insecurity and narcissism. Insecurity is saying: “No one will ever love me”. Narcissism is saying: “Everyone has to love me”.

Now remember there is a time to “fight for your love intetest’s heart” and there is a time to cut your loses. (we’re going to cover the “all hope is loss” option) There is a school of thought that says there is no greater pain that you can survive that’s more intense, more harsh and near death than heartbreak. I say see it as there is no greater teacher than heartbreak. You can take rejection as a teaching tool. For example; before they tell you that dreaded line of “its not you, its me”, there were signs (little hints) and if you are too caught up with the fantasy of your love interest becoming more than a crush you may never notice them. Here’s a tip when it comes to rejection do not ask for the why, focus on the how if they were able to tell you that they are no longer interested accept it, if they are able to communicate to you that you two are not a good match accept it, appreciate the fact that they respected you enough to be direct and tell you the truth instead of a lie. Approach rejection with humility it will help you in the long run. Think back to when you’ve rejected someone. You didn’t hate them or regret them. The cheif emotions were embarrassment and pity.

Regret is greater than rejection
The pain of rejection is acute, the pain of regret is chronic. Getting rejected sucks but to never get rejected means to never ask and to never ask means to live with regret. You can heal from rejection, you can get away from it. Sometimes it’s almost out of sight – out of mind. Ofcourse it does take time but, regret is something that stays with you and it will show up at moments when you least expect it. It can wake you up at night, plauge your dreams, and even result in depression. And a self-imposed depression is worse than a depression whose catalyst is from outside force, only due to us being our worst enemies.

F*ck The F.O.R. (Fear Of Rejection)
The fear of rejection is something that can stop all of us dead in our tracks. Its really the fear of the unknown, the fear of change, the fear of stepping outside of our comfort zone, the fear of humiliation. To quench the fires of these fears is far easier said than done, its easier to say than to put into practice but, practice makes perfect.

Rejections are just battle scars that are a right of passage in life, and should be treasured, not feared.

But when you plan ahead, when you are ready and expect the fight you’ll be better off for it. I’m not saying that you will prevent rejection, but you’ll be able to greet rejection head on. What I’m saying is you need to be prepared, gain that golden confidence. There’s an old adage “If you want a part you need to dress the part.” So dress good, look good, feel good.

–Up your quality of life, you want to maybe work out (its scientifically proven that you release certain pharamones when you are healthier) but don’t destroy yourself, improve yourself. You can be body positive and still look to improve yourself.

–have more social hobbies, it will get you out there more to meet more people and you’ll become far more comfortible with speaking to individuals, interacting with people can make you better in ways you never imagined and can help you step out of your comfort zone and expand your personal comfort bubble. Who knows, you may meet a love interest on one of these social outings.

Rejection can feel like the toughest thing you can ever go through. That is because it can be, and to many… it is. I say that to say; your refractory period can be one that takes months. When you think about rejection it is something that attacks your ego, better yet, your self image. And how you see yourself can either have you standing on the top of the mountain or have you spiraling down to a pit of darkness you may never come out of.

*Dont minimize what has happened.

Being “brave” has no place here
Allow yourself all the room, all the crying, all the melancholy songs, all the endulgent meals of ice cream, burgers and fried foods you need. You will eventually pull yourself out of this behavior and life because you chose not to restrict yourself from life. And you’ll get to a point where you’re all cried out. You’ll eventually want contact and be tired of shutting yourself away because someday you’ll ask yourself which is better; finding love again or locking myself away in a cave of solitude, loneliness, and sorrow?

*Create an aphorism
Develop a short mantra that you can repeat to yourself while in the shower, while driving in your car, or any place or any time you feel invaded by thoughts of you ex-love interest. The first half of the mantra should boost your self-esteem; the second half should state what you really want in the future. A good aphorism might be: “I love being myself with a soul mate of my own.” Moreover, picture yourself walking with someone new.

See it for what it is… The end of that intimate relationship. It doesn’t mean a friendship must end. Don’t exaggerate their qualities, don’t insist on their uniqueness and say that you’ll never find another them. Truth is you won’t but that is what makes the human condition so unique… no one is the same. Many of us are predisposed to think well of people who don’t want us. It feeds into our reserves of self hatred. This isn’t romantisizing anything it’s more of an illness of self hatred.

Talk to someone, write it down, record it. You’ve got to not sit on your feelings and share them. Whether that be through writing in a journal, short stories, or poetry. Painting, interpretive dance. Talking to friends, family, a therapist, a stranger, an online forum. Just do your best to get it out because its not doing you any good holding onto it yourself. I myself, write ot and burn it as a show that I am stronger than this pain amd it has no power over me. And with its destruction it reminds me that I was tried in the fire and I came out as gold. That’s me, you may discover many other processes that work for you.

interesting things, exciting things, adventurous things. Any kind of novelty boosts the dopamine system in the brain—giving you renewed energy and optimism.

If you are suffering due to rejection and heartache right now, I know how hard that is, I recognize how brutal it is to be in that kind of pain. There is almost nothing like it. Yes, we can get health problems, family can get sick, injured, and/or die. And that tops it all. But right underneath that is heartache. And it’s a personal journey and no one should ever deminish it or make light of it. Because it is truly difficult to cope. If one of the most important things in life is love than, suffering because of love is definitely going to be one of the most painful. The most important thing to remember is that it’s part of the hunan condition so you’re not alone. There is always someone to speak to. And if you find no one. Reach out to me. I’ll listen. Look forward to helping you next week. Until then, take some time for self. You are the most important person you know. 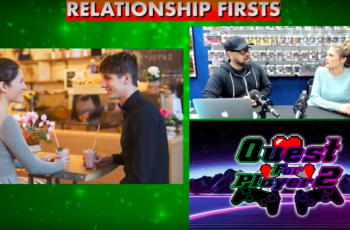 On this week’s Official Quest For Player show, Joe returns … 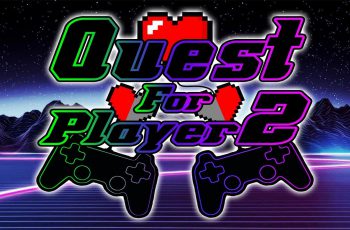 Quest For Player 2 is a show on That …