Bill and Ted fans got some most triumphant news recently. A third installment of the Bill & Ted franchise, entitled Bill & Ted Face the Music is slated to begin production soon. It’s been 30 years since Bill & Ted’s Excellent Adventure hit movie theaters. The film told the tale of how Bill S. Preston, Esq. and Ted “Theodore” Logan, III formed Wyld Stallyns. The band’s music, they said, would be the basis of a most excellent, peaceful, and harmonious future society. Before that could happen, however, they needed to pass their history final. Thankfully, they got a little help from Rufus (an agent of their future utopia), an assemblage of historical figures, and a whole mess of bootstrap paradoxes.

Critics found the film to be heinous. Audiences, on the other hand, found it generally excellent. The film became a cult classic and spawned a slew of sequels and tie-ins. On film those included a 1990 animated series, Bill & Ted’s Excellent Adventures, a 1991 theatrical sequel, Bill & Ted’s Bogus Journey, and a short-lived TV series. That wasn’t all. There was also a Marvel comic, a breakfast cereal, several video games, and a Universal Studios live-action show. Sadly, as the ‘90s went on, the public’s enthusiasm for Bill and Ted’s good-natured slacker antics faded. Nevertheless, rumblings of Wyld Stallyns’ return to the big screen continued to persist.

Bill & Ted Return for Another Adventure

The original film essentially launched “Ted” actor Keanu Reeves’ career. He told MTV in a 2010 interview that Chris Matheson and Ed Solomon, the writers of the two theatrical films, were working on a script for a third feature. In 2011, “Bill” actor Alex Winter tweeted that the writers had completed a script. He even shared some details about the story. According to Winter, the new movie might involve a trip to a pre-historic era. Fans could also look for an Eddie Van Halen cameo and the return of Socrates and Billy the Kid. In the intervening years, Winter has continued to dabble in acting, but has established himself as a prolific television and documentary director.

Movement on the project slowed after 2013, when Winter announced at SXSW that the film was still being developed. William Sadler, who played “Death” in the second film, expressed interest in returning in some capacity. The Studio also announced that the it would not recast George Carlin’s role of “Rufus” would (Carlin passed away in 2008).

Interviews with Winter in 2014 and Reeves in 2017 gave us a rough idea of the plot. Bill and Ted, now 40-somethings with kids and rocky marriages, STILL have not written the song that will unite the world and end war, hunger, and poverty. A future time-traveler again visits the pair with a message. If they don’t get their literal act together, time and the universe itself are doomed. No word on whether this meeting takes place in the parking lot of a Circle K.

Screenwriter Discusses Bringing Face the Music to the Screen

Bill & Ted screenwriter Solomon spoke with Digital Spy in January of last year about writing the script for the third film with Matheson. He described the film’s slow, torturous path to the big screen. According to Solomon, various factors contributed to the film’s slow development, including financing problems, a lack of familiarity with the franchise in international theatrical markets, and concerns that a sequel film would be less successful than a full reboot.

Solomon also revealed that Steven Soderbergh was one of the producers for the new film and that Galaxy Quest director Dean Parisot would direct. The plot would feature the older Bill and Ted revisiting the events of the first film, including the fateful meeting outside the Circle K(!). He also intimated that the absence of Carlin as “Rufus” wouldn’t be ignored. Instead, it would certainly be felt and addressed in the film. The script contains a character named Kelly (after Carlin’s daughter with first wife, Brenda Hosbrook) as an homage to Carlin.

A Bill and Ted-themed photoshoot in EW’s March 2018 Reunion issue seemed to kickstart the project. Both Reeves and Winter confirmed at the time that they’d reprise their roles. Industry magazine Production Weekly reported in early February that production on Bill & Ted 3 was slated to begin on March 5th of this year. That date has since rescheduled to this summer, but from all appearances, the Wyld Stallyns will soon be back on the big screen, being excellent to each other and, of course, partying on, dudes! 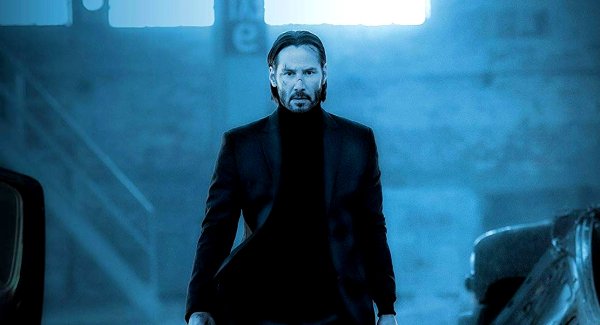 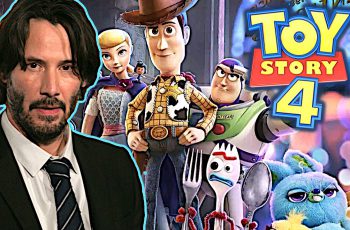