Captain Marvel, starring Brie Larson as the titular hero, is blasting into theaters this March.  The film has an all-star cast including Samuel L. Jackson, Lashana Lynch, Clark Gregg, Gemma Chan, and Jude Law.  The film is helmed by the directing team of Anna Boden and Ryan Fleck, who directed character driven dramas such as Sugar, It’s Kind of a Funny Story, and Mississippi Grind.

Captain Marvel takes place in 1995 and has many references to 90s pop culture, especially the music.  At a press conference in Los Angeles, directors Anna Boden and Ryan Fleck were asked if the music cues were always planned out or added later in the process. Fleck responded, “Oh yeah. We made like a big playlist at the beginning of the movie and we shared it with the crew and some of the cast. Some of those songs are in the movie, but it was really just… in post, we put the scenes together and just threw songs in and see what stuck.  It was very much a collaboration with Kevin and the whole team at Marvel to figure out which songs really worked the best.”

An early scene in the movie takes place at a Blockbuster video store.  Fleck mentioned, “I actually worked at a Blockbuster in 1995 [LAUGHTER]. So, that brought back a lot of memories, creating that set [LAUGHTER].”  When other members of the cast and crew were asked what they missed from the 90s, Fleck responded, “VHS tapes.” Co-director Anna Boden said, “Pay phones.  Because then I wouldn’t have to check my email all the time.” Agents of SHIELD star Clark Gregg said, “Um, I wish MTV had videos again [LAUGHTER].” He continued, “I mean, not just ’90s MC Hammer, which were awesome, but just videos, music videos.”  Gemma Chan, who recently starred in Crazy Rich Asians, said, “Buffy the Vampire Slayer” and received a round of applause from the audience.

“HE IS VERY PASSIONATE ABOUT LASER DISCS”

JUDE LAW, THE VERVE, AND R&B

“And I was a big fan of the band The Verve,” admitted Jude Law when asked about his taste in the 90s. When it was her turn, Lashana Lynch stated, “R&B.  Just R&B.  R&B was the truth, man. The truth!” Brie Larson added, “It really was.” Lynch continued by saying, “I’m going to actually start a campaign to bring back ’90s R&B.”  Larson then commented, “I have a playlist for you, by the way.” To which Lynch replied, “Great.  I have one for you as well, actually to share [LAUGHTER].” Larson responded, “All right.  I’m loving that.” 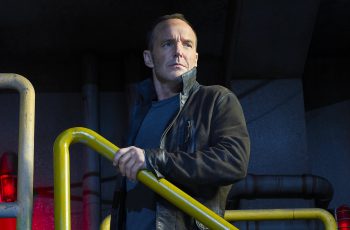 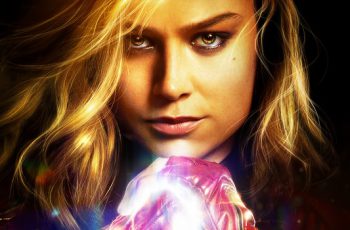 Writer. Director. Actor. Oscar winner. Those words can all be …