This week Power Rangers Beast Morphers premiered on Nickelodeon. Earlier this year Power Rangers super-star Jason David Frank spoke with That Hashtag Show. During the interview, the topic of Jason’s daughter came up. He confirmed that Jenna Frank is currently training to follow in her father’s footsteps and maybe become a Power Ranger.

Jason David Frank is a hero to millions.  For decades, he portrayed Tommy Oliver in the Power Rangers franchise.  He recently released a video that shared his inner struggles through his poetry.  After opening up and talking about the man behind the Ranger, what motivates his writing and how he copes with his ever-changing life, the topic moved to his daughter. Jason was told about the fans’ wish that his daughter could become the Red Ranger and that he should pass on their encouragement.

“LET ME TEACH JENNA SOME STUFF”

He replied, “I will. And it was funny, because I was about to tell you that man, I’m training her hardcore right now. Just before we had this interview, I was running a little late, I was like, “Okay, let me teach Jenna some stuff.” So, we talked, put together some stuff. I’m sure she posted that. But I think the biggest thing I’m teaching her, she’s got the looks, she’s got the talent, she’s got the karate, she got the last name Frank. But the biggest thing I needed to teach her is to be humble.”

“I’M ON A SEARCH FOR BALANCE”

“And this isn’t about being rich and famous. This is about reaching more people, to change people’s lives through who we are. And at the same time, we have to take care of our lives too. That’s what I’m realizing, is that fine balance, that I have not found yet. I’m on a search for balance, and I know that I’ll get it soon.”

The first episode of Power Rangers Beast Morphers is titled “Beasts Unleashed.” The summary states: “Scientists tap into the Morphin Grid, but an evil virus corrupts the technology and a new team of Power Rangers is formed to defend the Grid from evil.”

The original Japanese superhero show (super sentai) that Power Rangers Beast Morphers is based on is Tokumei Sentai Go-Busters (Special Operations Squadron Go-Busters). It began airing on February 26, 2012 and ended February 10, 2013 after 50 episodes.  The show took place in Neo AD 2012, where the new energy source, Enerton, powers the city.  Vaglass, an organization devoted to a malevolent computer virus, wishes to take the Enerton. Chosen by the Energy Management Center, the Go-Busters are a trio of elite heroes that fight to protect the city. 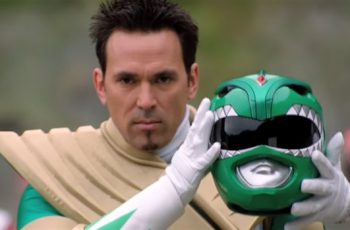 THE RANGER Media super-star Jason David Frank is a hero … 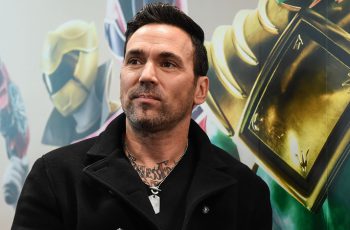 Jason David Frank is best known as one of the …