Bioware recently released “Anthem” a Sci-Fi Action RPG and reviews have been seemingly well with its smooth gameplay and new style combo system.

Speaking of system has your PS4 system crashed yet from the massive glitch in the game? Though Bioware is aware of the issue. Sony is giving out full refunds of the game! No questions asked! Just verify some account information.

EA is working on trying to find a solution to the problem asking that if you encounter a crash to please make sure to send the system data. That way they can patch it. Even though the game already has been patched for other reasons since it’s day one release and that wasn’t even 2 weeks ago.

This is one of the times where the power of the internet has helped countless players as this whole thing started on a random thread on Reddit.

Have you played “Anthem” yet? Has your PS4 quit all one its own? or have you just taken the refund? let us know in the comments below.

on’t forget to stay tuned to ThatHashtagshow.com for “Everything trending in geek pop culture!” 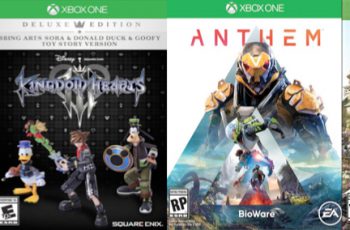