Earlier today, Disney had a meeting with a large amount of their major shareholders and within that meeting, showed off some footage for a few of their upcoming projects including Avengers: Endgame.

Even though it is looking likely that we will see a new trailer for Avengers: Endgame in April, this is what was apparently shown at the shareholders meeting.

Supposedly the trailer kicks off with a meeting of the team in the New Avengers Facility in up state New York, this meeting includes Carol Danvers herself; Captain Marvel. Nebula states that Thanos had likely escaped to “the garden”, this then leads to Carol proclaiming that the team should travel there, collect the Infinity Stones and undo everything that Thanos did at the end of Infinity War.

We then see Rocket, Nebula, Captain America, Thor, Black Widow and War Machine who are all in space. Rocket asks them who has never been in space before and warns them not to puke on his ship.

This is where the sneak peak comes to an end. While this trailer is not a lot to go off of, it’s definitely interesting to see that Carol is passionate about taking down the Mad Titan. Combine that with the rest of the Avengers travelling in space with Rocket means that we are in for one hell of a ride when this movie releases.

What if …Thanos was an Avenger? What if… Venom had … 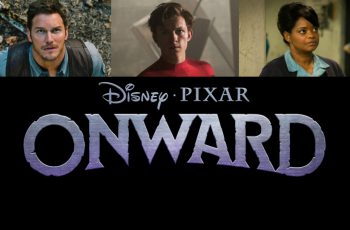