Relative newcomer Evan Evagora has been cast in a lead role in the untitled Picard Series coming to CBS All Access later this year. Currently, Evan only has two credits to his name. He will appear as Nick Taylor in Blumhouse’s Fantasy Island film and as ‘Patron’ in an episode of Secret City. While his role has not been officially revealed yet, given his young age and appearance, it’s likely that he’ll be taking on the role of K’Bar, a Romulan Teen who is part of Picard’s crew (for more information on this character, check out the full character description here).

Evagora will be joining the recently announced Santiago Cabrera and Michelle Hurd. Cabrera is thought to be Picard’s pilot Lawrence with taking on former Intelligence Officer, Alana. Now that casting is beginning to pick up, we can expect to see more information steadily being revealed.

Who do you think Evan might be playing in the new series? Let us know your thoughts in the comments. You can also tune into to our Facebook page Friday nights at 9pm to discuss Star Trek and everything else Sci-Fi with myself and the rest of my sci-fi team here at That Hashtag Show. 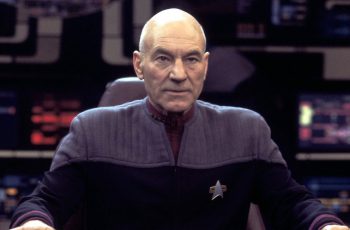 Information on the Picard Series is still coming out slowly. …