THE MUSIC OF DUMBO

Music composer Danny Elfman explained his collaboration process with director Tim Burton. “You know, it’s funny, this is our 17th film. And I still never know what to expect from Tim at all. People think that, “Oh, you must have the shorthand, where it’s real simple.” And I go, “No, actually.” Working with Tim is a lot less simple than a lot of other directors. His mind is strange and interesting. And I learned many years ago never to take for granted what I think he’s going to want.”

HE’LL RESPOND TO WHAT HE HEARS

“It’s always a kind of round about process of when we start the film. He’ll say very little about the music. We have a thing called a spotting session where we go through the whole film top to bottom and break it down into all the musical parts and give them all a name and a number. If the movie is an hour 45-minutes long, the spotting session will be two hours and 15 minutes. If the movie is two hours, it will be two and a half hours. Real quick. Doesn’t want to talk about it. When there’s music to hear, then he’ll talk. So, this is something that we’ve learned together. Talking about it beforehand doesn’t actually get us anywhere really. Because he’ll respond. He’ll respond to what he hears. Then I’ll do a lot of ideas and I’ll get the sense. Oh, okay. This one is the one you’re responding to.”

A LITTLE THEME IN MY HEAD

“One thing I do have to say is when I got the call about the movie, this is one of the first questions I always have, is [Production Designer Rick Heinrichs] and [Costume Designer Colleen Atwood] on the project? And if it is, I’m like yes. But also, unlike any other film I’ve done with Tim, it was way in advance. It was like almost a year from when I was going to start. And I went back to work on whatever movie I was working on a year ago. Could have been, I don’t know. But I had a little theme in my head. Because I didn’t know a lot about Dumbo. I didn’t see it as a kid. And I remember that baby elephant loses his mom. Oh yeah. That’s going to be bittersweet, sad. And I had a musical idea. And before I started, I went and I wrote it, played it, finished it, put it away. And I’ve never done that before with Tim beforehand. A year later I came back. I said what was that thing that I did? That’s Dumbo’s theme right now.”

HOW DO YOU FEEL ABOUT THE MOVIE?

“So, it was kind of a unique moment that I hadn’t experienced. But it’s always going to be a real interesting process musically getting to wherever we’re going to get. And I just never know where that’s going to be. And usually it’s something that we have to find in process. So, I think it’s a good way to work actually. Because directors say what kind of music they really, really want, it usually ends up being not at all what I’m imagining. It’s better just to talk about how do you feel about the movie? What do you think? It’s like okay. Start there. And see where we go. It’s all mystery.” 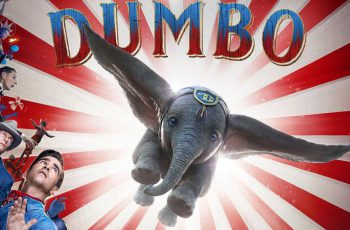 Disney has revealed Entertainment Weekly character posters for the upcoming … 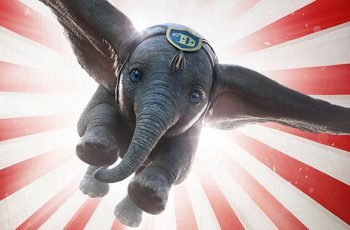