DC’s Shazam has only been out for a few days, and already it has made DC movie fans eager to see what’s next. We do know that Joker will premier later this year. Further Wonder Woman 1984 releases next June.

As for the films coming after that, there isn’t much known. But there is one film that could possibly be getting filmed in a year, according to Dwayne Johnson. That would be Black Adam.

This film has been talked about for a while. Just last year, Hiram Garcia, the film’s producer, said that “Black Adam is definitely happening.” Garcia went on to say:

“We’re actually very deep into a script on it right now, which is coming along really well. I’m really excited with the story we’ve crafted. Look, I’ve always been a huge comic book fan. I’ve always had this dream, I’ve always wanted to—You know, you kind of have like these goals of like, ‘One day I’d love to be able to do this and this,’ and making a superhero movie was definitely always one of my dreams. For the longest time, you know you kind of have this living superhero in Dwayne Johnson, so I was always trying to figure out what’s the perfect character that will kind of fit him and his look and his build and his kind of edge and the attitude he’s got.”

Black Adam is Still a Go

Garcia would continue, describing where things stand with the Black Adam film to date:

So where we are now with Black Adam is we just got our latest script [from Adam Sztykiel]. We’re doing some revisions on it. We’re extremely excited about it, the studio’s very excited about it. And I’m telling you man, as a comic book fan, when this thing comes out, it is going to be amazing. This is the fanboy in me talking to you, it’s going to deliver on the goods of everything you’d want to see Black Adam do, he’s going to be doing in this film.”

And now The Rock, who is a producer on Shazam!, took to Instagram to congratulate the film on it’s success and to give an update for Black Adam.

In the video Johnson said, “For those who know the comic books and who know the mythology of Shazam!, Shazam! is connected to Black Adam. Black Adam is an antihero or villain, who I can not wait to play. I’ve been developing this, and it’s been with me in my DNA, for over ten years now. We should start shooting that in about a year. I’m very excited about that.”

Johnson did also reiterated that he is excited to play the role. He also hinted that his portrayal of the character won’t be holding any punches:

I can’t wait to play Black Adam because they’re all getting their asses kicked when I play Black Adam. That day of reckoning is coming for everyone.”

Now, DC and Warner Bros. haven’t said anything official about this film yet. We will just have to wait and see if Black Adam does end up filming next year. 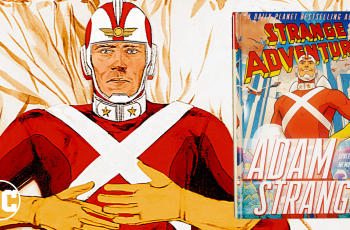 The classic Silver Age comic character of Adam Strange is … 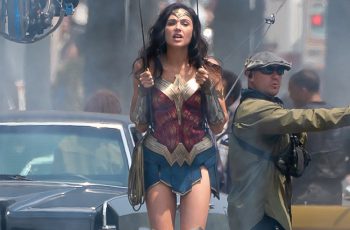 Gal Gador announces the end of production on Wonder Woman …