With WrestleMania 35 in the books, we look forward to WrestleMania 36. However, some are looking even further into the future. The future WrestleMania (37), which won’t happen until the year 2021, already has a rumored city.

According to an article by Arash Markazi over at the Los Angeles Times, the City of Angels has emerged as the front-runner for the future Wrestlemania, WWE’s biggest event of the year.

Los Angeles held two of the first seven WrestleManias at the Sports Arena but has not hosted one since WrestleMania 21 in 2005 at Staples Center. That will likely change in 2021. The football stadium under construction in Inglewood, which will open in 2020 as the home of the Rams and Chargers, is the front-runner to host WrestleMania 37, according to multiple sources. City and stadium officials would like to use hosting it as a test run for Super Bowl LVI in 2022.

This is an interesting revelation. Most consider the new stadium being built in Las Vegas as the real front-runner. The Vegas stadium has a similar timetable, but the Los Angeles rumors have gained more steam recently.

It’s really even down the board. The new Vegas stadium will be able to hold up to 72,000. Las Vegas also has T-Mobile Arena, which holds 20,000. It could be used for NXT TakeOver, the Hall of Fame, RAW, and Smackdown Live. It also has the advantage of just being Las Vegas, a city that is always open for business.

Los Angeles, however, might have the advantage. Mainly because the new home of the Rams can hold over 100,000! Which is almost 30,000 more than the new Vegas stadium can hold. Cue the Vince McMahon smelling money gif. The Staples Center holds a little more than Vegas’ T-Mobile Arena, and has played host to all of WWE’s flagship shows before.

So if WWE is looking for more ticket sales, it seems that the City of Angels would be a safe bet for future WrestleMania 37.

Even though WWE has taken a stance to try to prevent smaller promotions from running in towns where WrestleMania is being held, both of these cities have many smaller stadiums that independent promotions could run out of.

So much could change between now and 2021. With WrestleMania 35 having just ended a couple of days ago, it might be too early to book your flights to Los Angeles just yet. 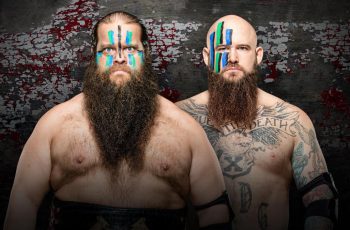 The current NXT Tag Team Champions have been called up! … 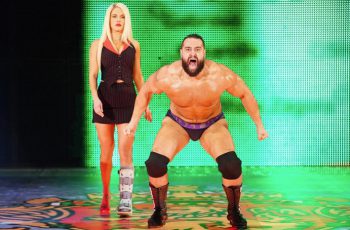 Rusev and Lana have voiced their disappointment and the feeling …