Greetings, Star Wars Fanatics! With the fervor of Star Wars Celebration behind us, I am trying to get back to writing my weekly JJ’s Fan Feature. I guess you could call this a “special edition” of JJ’s Fan Feature – in today’s piece we feature an article written by guest contributor Walter Hendrick, who has some thoughts on Emperor Palpatine and his return. Let us know what you think! (Oh, and the opinions expressed in this article do not necessarily represent those of That Hashtag Show, and all that. Enjoy!)

The first teaser trailer for Star Wars: The Rise of Skywalker, treated fans to many Easter eggs. Some of them, like the potential return of Rey’s Parents, a Venator Class Star Destroyer, and many more are things many of us fans are excited to see.

But by far, the biggest news was learning that Emperor Palpatine would be returning to the series in some capacity. Disney clearly knew this was going to be the biggest surprise and somehow kept it a secret and saved the best for last in the trailer. Shortly after the trailer dropped, J.J. Abrams confirmed Palpatine’s return as well.

All we know so far is that Palpatine will be in the movie, but we have no idea how. An amazing thing about the Star Wars universe is the fact that, between dozens and dozens of paperback books, comics and fan theories on the Internet, Disney has an unlimited source of ideas to find inspiration for his return.

When I watched the trailer and heard his voice, my first thought was they would use the story line from Marvel Comics 1992 storyline in Star Wars: Dark Empire. In Dark Empire, Palpatine resurrected himself multiple times via multiple clones. (This was a great story line in the comics that also included Luke turning to the Dark Side. If you haven’t read it, I suggest you do.) With that said, I don’t think Disney will ultimately follow this story line for Star Wars: Episode IX. Frankly, I personally don’t want it to, either.

Other options include his return as a Force ghost. Notwithstanding, this has been done on the Jedi side enough and is also not the best way to use him. There is also the possibility of droids with pre-recorded holographic videos of Palpatine, (as seen in Star Wars Battlefront II) providing orders in the event of his death. There are certainly many ideas how to utilize Palpatine in the movie.

Disney’s use of Supreme Leader Snoke in the previous two movies, at least for me (and many others), was disappointing. It seemed a waste to introduce such a powerful figure to only kill him off quickly. I just don’t think it makes sense to bring Palpatine back and basically do the same thing with him. He’s too large a presence in Star Wars to have him come back and be one and done in this movie. That’s especially true since we already know that this is the final chapter of this part of the Star Wars story. So how does Disney handle him?

(Continued on next page.) 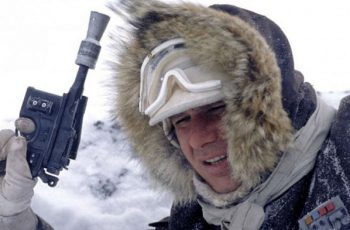 Missed out on your chance to own a piece of …

Lord of the Rings star Dominic Monaghan was elated to …