[WARNING: May contain spoilers for Avengers: Endgame. Read on at your own risk] 22 films in the Marvel Cinematic Universe and there was always one thing that we could expect, a Stan Lee cameo. From his very first in Iron Man as a Hugh Hefner lookalike, to his last in Captain Marvel as himself, his scenes were always hilarious and subtle. So of course he had to be in Avengers: Endgame.

Stan Lee, as we know. passed away in November, 2018. We haven’t had much information about the number of cameos he had shot leading up to his death. Even That Hashtag Show heard rumors of Marvel flying Lee to Atlanta early last year to shoot a few different scenes just in case he was to pass away.

“It’s his last one committed to film,” co-director Joe Russo told Mashable. “I have to say, I think it’s astonishing that this would be his last cameo. It’s just kind of mind-boggling that he made it to the end of this run. I can’t believe it.”

SPOILERS IF YOU HAVEN’T SEEN ENDGAME YET!

The final scene Russo was talking about takes place in the 1960’s when Tony Stark and Steve Rogers go back in time to Camp Lehigh to steal the Tesseract and Hank Pym’s Pym particles. We see an American muscle car speeding past Lehigh, blasting music and who’s at the wheel? The master of cameos himself! Yelling “Make Love, Not War” was probably the perfect way for to go out.

His last cameo came in Captain Marvel last month. The movie honored him by replacing the opening Marvel logo with all shots of his cameos from previous films. Even though Russo said this was the last filmed cameo for Lee, fans are holding out hope there will be at least one more in the upcoming Spiderman Homecoming.

Whether or not this truly is Lee’s last cameo ever, we’ll just have to wait to find out. I’m sure they can add his audio over a scene or even use footage that was never used before. Either way, the king of cameos will truly be missed.

Check out our review for Avengers: Endgame here, and stay tuned all week here on That Hashtag Show for OUR Avengers coverage. 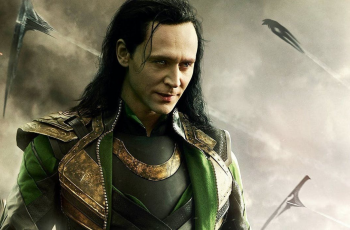 Loki was most interesting in the Marvel Cinematic Universe when …

In what’s sure to disappoint fans of Star Wars: The …