Why Is Enzo Getting Called Out?

Enzo gets called out for being a cancer on the prowrestling business by NJPW and ROH tag team champ Tama Tonga.

Everyone’s favorite never was Enzo Amore recently made a video calling out the Briscoe Brothers, Ring of Honor and New Japan.  This didn’t go unnoticed by Tonga.

Tonga made an Instagram post which told Enzo that he doesn’t have to call out the locker room because it was him[Tonga].  He is the one. Seemingly suggesting Tonga is the reason Enzo and Cass or at least Enzo can’t get booked in NJPW or ROH. Tonga goes on to say why Enzo is having such trouble getting work in wrestling.


“You know why? You know why?  We ain’t letting you in? Cuz you’re cancer. We don’t want that to spread in our workplace.  You’re f***ing cancer,” Tonga said.

However, I do agree with Tonga’s comments about Enzo be a cancer.  Enzo’s racist comment in his video was deplorable and him angrily begging for bookings was pathetic .  He has no affinity for pro wrestling or its history. However, other wrestlers have gone into wrestling without knowing much about it.  A prime example of this is Kurt Angle who became one of the great wrestlers of the 2000s.

Enzo on the other hand has zero desire to learn the business as evidenced by confusing King Kong Bundy and George “The Animal” Steele in a remembrance tweet.

I will give Enzo a free wrestling history class lesson.  The scariest wrestler to have ever walked into the squared circle is a guy who goes by the name Haku.  Any wrestler to have worked in the last 40 years will tell you so. Well Enzo, Tonga is his nephew and Haku’s adopted son.  The last person I would ever want to piss off is Haku or his nephew. My suggestion is stop your beef with them.

Work Or A Shoot?

The next question people may be asking is if this is a work.  However, based on this video it is very hard to say. Tonga doesn’t seem mad or particularly upset, but it could very well be that Enzo is a joke and Tonga doesn’t take him seriously.

This could very well be a setup to a future match.  Enzo and Cass were popular in WWE [I have no idea why].  The pair were big names and could draw in interest to watch them wrestle.  However, NJPW and ROH are not promotions casual fans watch, especially in America.  If Enzo wants work in wrestling then he has to wrestle in high school gyms and pay his dues the hard way.  After his dues are paid in full and he shows he takes the business seriously then he could work in a top tier promotion.  However, for now Enzo wrestle in the indies.

We will see how this “feud” pans out and if a match is spawned from it. 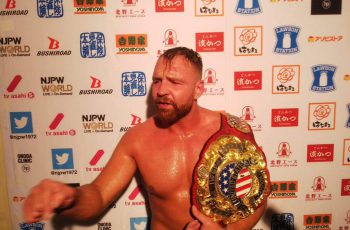 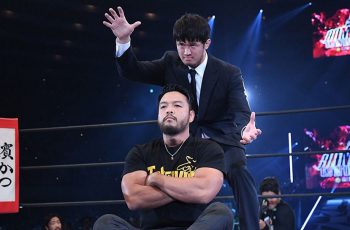