Now that Constance Wu has tackled the TV world with her hit show Fresh Off the Boat, she’s starting to make some big moves to make a name for herself as a movie star as well. Just last year she had a starring role in the critically acclaimed Crazy Rich Asians.She’s currently in the middle of filming Hustlers, based on the New York Magazine article Hustlers at Scores. We can now confirm that she’s accepted a role in the upcoming independent film, Lost Planet.

The Logline for the film describes a Sci-Fi film with a mystery element that sounds like it could be similar to 2002’s Solaris: “Set in the near future, a Space X type company, called Horizon Ltd, has established small colonies on other planets in biodomes that create a livable Earth like environment. However, when the first ever complication occurs on one of the colonies, they send two astronauts to go investigate. When they get there though, they only find one child on the entire planet.”

Constance will be taking on the lead role of “Ally Gage”: Ally was an Air Force pilot who has taken on a mission to pick up a ship from a colonized planet that has been destroyed. A past mission where her crew, which included her boyfriend, all perished haunts her thoughts. She faces hallucinations, a contentious colleague named Cal, a mysterious man, and being taken by an alien who grabs her before she is able to leave the planet.

Rob Lorenz will both write and direct the film. Lorenz has an extensive resume, but this will be his first writing credit and his first major Directorial position since 2012’s Trouble With the Curve . . . which is a decidedly different type of film. Rob will also share Producer duties with John Sacchi, Matt Groesch, and Adam Haiken.

Constance Wu is repped by UTA and can next be heard as the voice of “Mom” in Sony’s animated film, Wish Dragon alongside Jackie Chan, John Cho, and Bobby Lee. The film will debut this coming July in China. Unfortunately, but there is currently no release date for the United States. 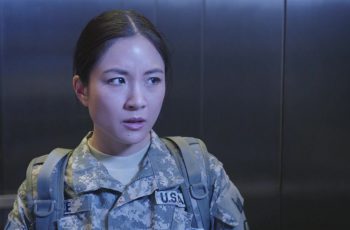 Additional character breakdowns have surfaced for the Constance Wu lead …