Everyone saw it coming, but now it is finally official: The CW is recruiting another DC Comics superhero as Batwoman has been picked up to series for the new TV season! Ruby Rose first made her debut as Kate Kane a.k.a. the titular hero in the Arrowverse crossover Elseworlds last year. While viewers only got a taste of this version of Gotham City and its fierce protector, you will get to see a lot more of her as of this fall. The CW also picked up the Riverdale spin-off Katy Keene as well as the new Nancy Drew reboot.

While we will have to wait till next week to find out when it will air on The CW schedule, this will mark as the network’s sixth DC drama. Batwoman will now join Arrow, The Flash, Supergirl, Legends of Tomorrow as well as Black Lightning which is a new record for The CW. With Arrow set to end after Season 8 this fall, Kate Kane will be the network’s new resident vigilante as Stephen Amell hangs up his hood and bow after eight years. All that is known about the pilot so far is that it will take place prior to the events of the Elseworlds crossover, so expect an origin story of sorts.

Along with Rose, the series will also star Meagan Tandy as Sophie Moore, Dougray Scott as Jacob Kane, Rachel Skarsten as Alice, Nicole Kang as Mary Hamilton, Camrus Johnson as Luke Fox, Elizabeth Anweis as Catherine Hamilton-Kane. The CW also released a little teaser for the show, while making us all want the extended trailer even more.

“Logline: Armed with a passion for social justice and a flair for speaking her mind, Kate Kane (star Ruby Rose) soars onto the streets of Gotham as Batwoman, an out lesbian and highly trained street fighter primed to snuff out the failing city’s criminal resurgence. But don’t call her a hero yet. In a city desperate for a savior, Kate must overcome her own demons before embracing the call to be Gotham’s symbol of hope.

Are you excited for Batwoman? Sound off in the comments below and be sure to stay tuned for everything trending in geek pop culture! 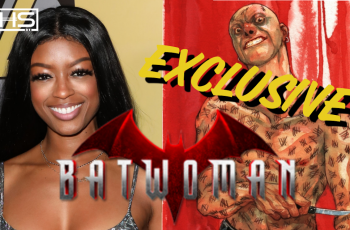 Batwoman will go up against deranged killer Victor Zsasz in … 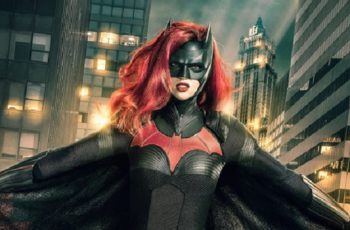 DC showed The Batwoman pilot was Saturday morning to those …