[EDITOR’S NOTE: This Article is the first of hopefully many from new contributor to That Hashtag Show, Lyle Russell. We hope you enjoy!] You’re going to get a breather after the credits roll on Star Wars: Episode IX, whether you want it or not. With the announcement of new Star Wars movie dates this week, you might have noticed it’ll be three years until we see it again on the big screen. The next untitled release in 2022 might seem like it’s in a galaxy far, far away, but perhaps the big screen break is exactly what we need.

The Skywalker saga ends, ironically, with The Rise of Skywalker. Notwithstanding, new stories are only a few parsecs away. For the hard core among us, fans can still get their fix with tons of new books coming out such as Dooku: Jedi Lost, Marvel Comics’ bevy of Star Wars titles, and television shows like The Mandalorian and the final season of The Clone Wars. Finally, there’s the  upcoming and highly anticipated video game Fallen Order. Those are just a few of what has been announced! Though these titles fall within the prequel category, they are brand new stories ripe for rabid consumption. The spotlight will finally have a chance to shine on new canon backstories that have never been told. The bonus is, with a big screen break, we’ll have time to digest them before gorging on the new trilogy.

A Three Year Big Screen Break is Coming, and That’s a Good Thing

The big takeaway here is these new stories can emerge out from under the shadow of the next movie. No new Star Wars film will arrive until 2022. As io9 asks, “how can less Star Wars be a good thing?” When this ride is over, nothing is beholden to the next film of the franchise. What started over 40 years ago with a restless farm boy on a desert moon will finally come to a close. Ending the Skywalker saga will close many gaps in current canon. That will also allow new arcs to develop during the big screen break. We’ll get new characters, new planets, and maybe even the beginning of what will become the next saga.

It’s not like a long hiatus hasn’t happened before. When Return of the Jedi left theaters in 1983, fans had to wait, hold on… wait for it… 16 years for the next big screen installment of the franchise. Taking a longer break between films will reinvigorate the magic of a Star Wars movie opening night. We’ve had the jump-to-light-speed yearly releases since 2015. It’s time to drop out of hyperspace for a bit and refresh for the future of the space opera we all know and love.

The new trilogy focus is still up for debate, and the whole Star Wars universe is available. If Benioff and Weiss from Game of Thrones are working these, fans will be in for a wild ride. It will be worth the wait. Will it be Old Republic? Mandalorian Wars? Yuzaan Vong? Or could it be a totally new story that has never been told? Tell us what you would like to see in 2022 after the big screen break. Until then, may the Force be with you! 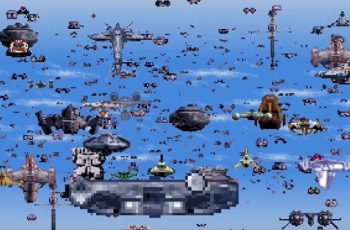 Star Wars parodies always give us a chuckle. From “How … 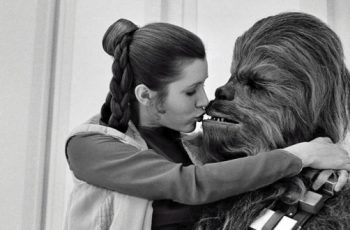 If you’re like me (okay, if you’re an older Star …