The best kinds of Hollywood remakes are the ones that give another chance to properties that may have been mishandled the first time around. Films like The Wizard of Oz, Ben Hur, and The Thing all found success and critical acclaim when they were revisited by later filmmakers. For the purposes of this premise, however, I’ll kindly ask you to just ignore The Wiz, Ben Hur (2016), or The Thing (2011). Not all remakes are well-conceived, however. But if they’re committed to giving the time and respect required to adapt a complicated work to the screen, then they stand a good chance of finding an audience and doing justice to their source material. Enter His Dark Materials.

BBC and HBO Team Up For His Dark Materials

That’s the idea behind the new BBC/HBO series His Dark Materials. This is an adaptation of Philip Pullman’s award-winning YA novel trilogy of the same name. His Dark Materials tells the story of orphan Lyra Belacqua, her daemon, Pantalaimon, and the vaguely steampunk, alternate universe version of London that she lives in. In Lyra’s world, souls are manifest as creatures called “daemons”, sentient animal companions that accompany their humans. Lyra’s world is dominated by the Magisterium, a theocratic organization that rules with an iron fist. The ruling faction resembles, dogmatically, the Catholic Church of the Middle Ages.

Lyra’s uncle, the mysterious Lord Asriel, is branded a heretic by the church. The reason? His research into “Dust”, an elemental particle that may originate from a parallel universe. It might also be the physical source of sin. Lyra is also adopted by Mrs. Coulter, a seemingly benevolent socialite, who has a sinister connection to the Magisterium. Then throw in some armor-wearing polar bears, a cowboy balloonist, and an airborne clan of bow-shooting witches. Add to that a pinch of heresy? Well, You’ve got a recipe for an epic fantasy that acts as a humanist answer to the quasi-religious sagas of writers like JRR Tolkien C.S. Lewis.

If At First You Don’t Succeed

Though the books are best-sellers, the 2007 New Line Cinema adaptation of the first book, The Golden Compass, was not an unqualified success. It bombed in the US, but it went on to moderate box office success overseas. Despite featuring the talents of actors like Daniel Craig and Nicole Kidman, the reviews were tepid. Religious groups were critical of the film’s perceived anti-religious stance. Conversely, secular groups thought the film didn’t go far enough in its critique of the church. Two sequel films based on the second and third books in the series, The Subtle Knife and The Amber Spyglass, were subsequently scrapped.

That seemed like the end for His Dark Materials as a live-action franchise. However, in 2015, the BBC announced they would be producing a new series based on the books. It would do so in connection with New Line and Bad Wolf productions. The series, which Deadline has described as “the most expensive British drama to date”, will star Dafne Keen as Lyra, with James McAvoy and Ruth Wilson as Asriel and Coulter, respectively. Lin Manuel-Miranda, Clarke Peters, and Ruta Gedmintas will also take on the roles of Lee Scoresby, Dr. Carne, and Serafina Pekkala in the adaptation. Screenwriter Jack Thorne (Wonder, Pinocchio) will be adapting the story from the original books.

How Does His Dark Materials Look?

HBO dropped the first trailer for the series on Friday, and the initial images depict a world very similar to the one seen in the 2007 adaptation, if somewhat grittier and less “magical.”  The longboats of Oxford canals, the animalistic daemons, sinister labs, frigid wastes, roaring polar bears, brass zeppelins . . . all the visual elements present in the first novel seem to be in place. In March of last year, the BBC announced that it had greenlit a second 8-episode season of the show as well, so hopefully we’ll soon be seeing images of characters and events from The Subtle Knife, the second book in the series. And this time, let’s hope they make it an adaptation worth remaking.

Check out the trailer below and let us know: are you excited for His Dark Materials? Have you read the books? What did you think of the 2007 film? Stay tuned to That Hashtag Show for more information on His Dark Materials and all your favorite sci-fi and fantasy shows! 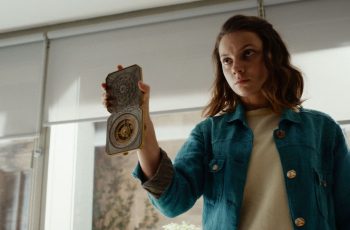 HBO released a season 2 trailer for His Dark Materials … 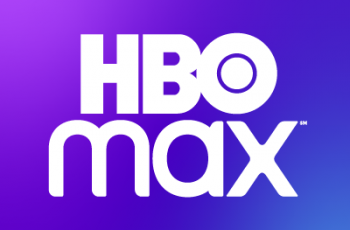 HBO, HBO Max, and TBS announced their panel lineup for …