Dean Malenko has signed on to AEW as a senior producer and coach via a AEW press release.

Malenko is a former wrestler and made his debut in 1979, but has been in the business for much longer.  The Great Malenko Boris Malenko is Dean’s father and trainer.

Chris Jericho and Malenko are very close friends so it would make sense if Jericho pushed for Malenko to get the job.  However, Malenko is the second coach signed with AEW the first coach being Jerry Lynn. Lynn and Malenko have a similar technical style, but Malenko is much more grapple and hold based.  These two coach signings suggest AEW are looking for a much more traditional style of wrestling.

We may see a lot of holds and suplexes, but I love a good suplex so I’m not complaining.  However, what is strange is AEW also has the Young Bucks who are as new school and gimmicky as is gets.  It would be very interesting to see the Young Bucks turn into suplex machines, but I doubt that will happen.

“He’s never stopped being a major talent who was part of the ECW revolution as well as a fixture in the cruiserweight movement on Nitro. He’s kept an open mind to our world from Lucha Libre to Japanese pro-wrestling. He’s the perfect fit for our sports- centric mentality, and his experience will be invaluable for our team. Welcome Coach!”  Cody said about Malenko.

Dean Malenko Most Underrated Wrestler Of All Time?

In 1995 Malenko joined WCW and quickly became a mainstay of the cruiserweight division.  Malenko had feuds with the who’s who of the division including Rey Mysterio Jr., Psychosis, Eddie Guerrero and Jericho.  In the ring he was truly amazing to see wrestle. He is probably the most unsung hero of WCW’s cruiserweight division. However, the thing he lacked was the charisma of Mysterio, Guerrero and Jericho.

However, eventually Malenko found himself in one of the most historic factions of all time, The Four Horsemen.  Malenko was the cruiserweight representative for the faction. Malenko’s style was very technical and was very similar to his Four Horsemen faction member Chris Benoit’s style.

In 2000 Malenko left WCW to come over to WWE with former WCW wrestlers Eddie Guerrero, Chris Benoit and Perry Saturn to form the Radicalz. However, the group went their separate ways soon after their debut.  Malenko wrestled occasionally from 2001 mostly at special events like the Brian Pillman Memorial Show. However, he stayed with the WWE as a road agent. In April after 18 years as an agent Malenko left WWE.

However, Malenko is not taking any time to warm up to AEW as he is the senior producer for AEW’s Double or Nothing. Malenko is excited about his new role and opportunity at AEW.

“It’s not often you get an opportunity late in your career to be a part of building something from the ground floor,” said Dean Malenko. “The freedom to be able to contribute uninhibited will only lend itself to foster creativity and produce an outstanding product. I’m excited about what the future holds for AEW, and I can’t wait to be a part of the journey.”

AEW has kept up an incredible pace hiring the best talent in the world to work for them. Who else do you think would be a great coach for AEW? How do you think Malenko will influence the direction AEW goes? 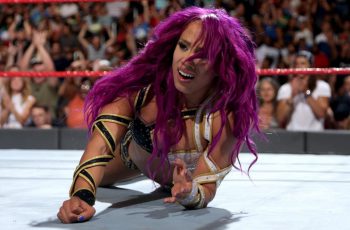 It seems that Sasha Banks’ frustrations with her WWE career … 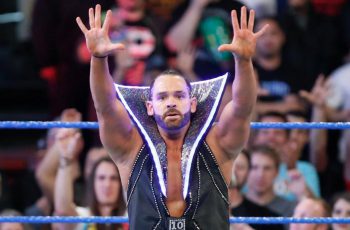