Having served with the infamous and particularly deadly 204th Imperial Fighter Wing, Quell has insider information that could prove vital to the New Republic’s war efforts. New Republic intelligence reluctantly assigns Quell command of a small group of pilots with the objective of eliminating the 204th. If she is going to succeed, she must win the trust of her squadron and set aside any lingering feelings about her previous squad.

Before you read the rest of this review, go watch this fan-made TIE Fighter short film.

This video was playing in my head during the entire novel. The novel details several altercations with the elite 204th squadron, also known as Shadow Wing. Their precision and effectiveness matched that of the TIE squadron in the video.

Like so many stories detailing the events after Return Of The Jedi, this story features a once-elite imperial who realized the atrocities of the fledgling Imperial remnant and decided to switch sides. Fans who played Battlefront II: Inferno Squad followed Iden Versio, who defected after realizing that Operation Cinder would destroy her home world of Vardos. Much of the premise of the Alphabet Squadron is, frankly, unoriginal.

Still, Yrica Quell is bad-ass. She was a good enough pilot to become part of the elite 204th, which coincidentally was the squadron that supported Operation Cinder on Vardos. After defecting, and spending time building a trustworthy reputation among the New Republic, she earned her own command: Alphabet Squadron.

It doesn’t take much effort for most Star Wars fans to deduce how the squadron was named. Alphabet Squadron consisted of 5 members, each flying a different star fighter: Wyl Lark (A-wing), Chass na Chadic (B-wing), Kairos (U-wing), Nath Tensent (Y-wing), and Yrica Quell (X-wing). It almost seems like the novel was born with someone thinking “wouldn’t it be cool if there were a squadron of each star fighter?” It kind of reminds me of the movie Battleship, which built an entire movie to feature one scene that resembled the old board game.

The squadron existed for one purpose: to take down the 204th. New Republic Intelligence reluctantly chose Yrica Quell to lead only because of her intimate knowledge with Shadow Wing’s tactics. But each other member of the squadron had a bone to pick with the 204th. After spending a few missions to learn to work together as a unit, they executed a plan to take out the 204th. The mission featured the strengths of each star fighter and each pilot, as they executed impossible maneuvers.

One of the problems I’ve always had with Star Wars was the naming of the star fighters. I love Star Wars, and it actually pains me to criticize it. I might even be considered a Star Wars apologist. However, it makes no sense to name the star fighters after letters in the roman alphabet. The common language in Star Wars, Galactic Basic, uses the Aurebesh writing system. Perhaps it is possible that the shape of the letters and name of the letters line up in these instances, but probably not. Hopefully I didn’t just ruin your childhood.

Alexander Freed, the author of Alphabet Squadron, also wrote the precursor novel Battlefront: Twilight Company prior to the release of the Battlefront video game. The novel itself wasn’t bad, but it also wasn’t great. What made it great though was the fact that it provided a layer of context to the game. Playing as the rebels in the ice fields of Hoth after reading the novel gave my imagination a healthy tickle.

What the Star Wars fandom needs today is a reworking of two of the greatest video games ever created: TIE Fighter for the PC and Rogue Squadron for the Nintendo 64. Alphabet Squadron would have made an excellent precursor to an Alphabet Squadron video game. Since this is supposedly the first novel in a trilogy, there may still be time for Star Wars to correct this oversight.

One of the redeeming factors of Alphabet Squadron is the appearance of General Hera Syndulla. The green-skinned Twi’lek has a deep, rich history in the Star Wars Canon. As the daughter of Cham Syndulla, the leader of the Free Ryloth Movement during the Clone Wars, rebellion runs in her blood. She was instrumental in the organization of the Rebel Alliance (detailed in A New Dawn  and the Rebels TV series). She was mentioned as an Easter Egg in Rogue One, and The Ghost was seen in the battle over Scariff.

This is the first novel that confirms her obvious military success, albeit in the background, throughout the original trilogy. Perhaps she was even flying one of the B-wings, which she was responsible for introducing into the Rebel fleet, during the assault on the Second Death Star. Either way, knowing that she is leading New Republic forces against the remnants of the Empire is a very satisfying step forward in her character development.

Overall, this novel provides an interesting window into the time immediately after the creation of the New Republic. It doesn’t really provide anything new to the canon that Battlefront II: Inferno Squad hasn’t already detailed. If you are a fan of battle tactics and strategy, this is the Star Wars book for you. Otherwise, I consider it a good read, but ultimately non-essential to the Star Wars Universe. 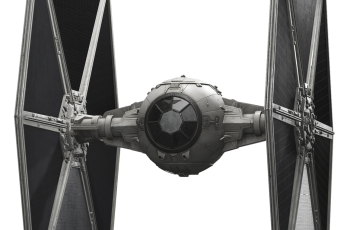 I think you’ll all agree with me when I say … 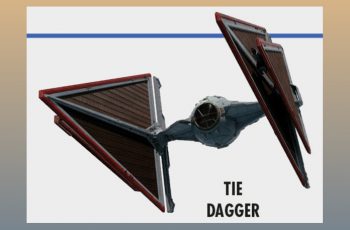 Star Wars space battles have always been a thing of …