During a recent press conference for Toy Story 4, the actress shared her excitement over befriending Bo Peep. While she didn’t give away many details, she did explain why the two were perfectly matched.

“I just think they’re so wonderful together, and I love that they brought back Bo as this fully-fledged, awesome, incredible [woman]. She’s got her staff now, and she’s 100% truly herself. She’s obviously really found herself out on the road alone without Buzz and Woody, without the crew, and she’s become her true authentic self. I think the same for Giggles, she’s 100% authentically real and unafraid to be herself. Then together it’s like this ultimate superpower of super duo-ness.“

The importance of this friendship extends beyond the screen, and Ally Maki praised the creators for setting an example. “The way that they have brought female friendship and female strength to the franchise, I think it means so much.” The actress confided that she hoped young girl could see themselves and their friends in Bo and Giggle.

She drew on her own life to emphasize why the new female dynamics in Toy Story 4 are so crucial:

“Growing up, I was a very shy girl and performing was my outlet, so friendship has always been something that I kind of struggled with… So now growing up and finding the confidence to find these friendships, especially female friendships – Asian American Girl Club is where I have found so much empowerment and using my voice. I feel like when you do have that sisterhood, that female connection, it fills a hole in your heart that nothing else can.“

Are you looking forward to Annie Potts and Ally Maki’s adventures as Bo Peep and Giggle McDimples? Be sure to catch Toy Story 4 this weekend. And check back with That Hashtag Show for the latest news on your favorite films. 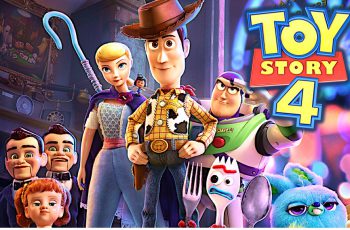 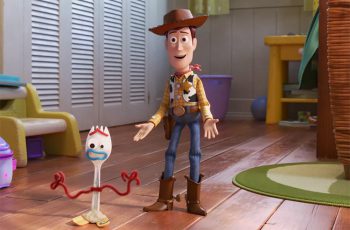 Toy Story 4 represents the end of Woody and his …