Recently on the Ranger Wrap-Up our team selected 4 characters they’d like to see in the next line of Lightning collection action figures. With wave 2 already being announced we know that the red and gold Beast Morpher Rangers will be in the line as well as the Magna Defender and Pink MMPR Ranger but there is a rumor that could be the Ranger Slayer from the Boom Studios! Popular comic series.

Our YouTube team put together the figures they want to see in Wave 3 and away we go!

The Blue Senturion made his debut in Power Rangers Turbo. He was an intergalactic police officer and was the focus of the Mighty Morphin’ Power Rangers backstories alongside Ninjor. We want to see him with all of his flashing lights!

Zordon’s trusty sidekick. If you’re a fan of Power Rangers you definitely know who Alpha 5 is. It’s actually surprising we haven’t seen more figures of Alpha made. This would be a great addition to the Lightning Collection. 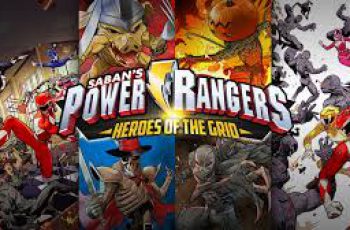 Back in August of 2018, Renegade Game Studios began a …