Lots of photos are emerging from the set of Black Widow, starring Scarlett Johansson.  With little to no official details made public about the film, fans are ravenous for any clues.  This is leading to all sorts of fan theories. One of the most recent being that the mysterious costumed actor was the Marvel villain Taskmaster.

[Spoilers ahead if you have not send Avengers: Endgame] Due to the events in Endgame it is believed that Natasha, aka Black Widow, perished on Vormir retrieving the Soul Stone. Due to that fact fans have speculated that the Black Widow movie will be an origin story taking place in the past.  However, if you look closely at the recently tweeted photos, Romanoff appears to be driving a newer model BMW.  How is that possible if she is dead?

I know it is confusing, but this is all based on the Ancient One’s rule of each time just creating a new branch on the timeline. Think about it. Instead of Black Widow sacrificing herself, Cap creates another branch where he passes his Soul Stone to Natasha and Clint. They bring it forward in time, and the ending of the movie doesn’t change. This is exactly what Captain America did marrying Peggy Carter and he makes a return journey home. This is also basically the same reason that Gamora is now back in the MCU timeline as well. 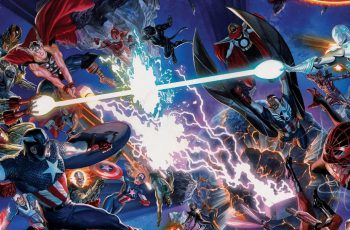 Marvel Studio’s Spider-Man: Far From Home is set to release … Despite Marvel keeping the plot under wraps Fandomwire has revealed …