There was something about Geralt that struck a chord with me. He’s not your average hero. He’s a hard exterior, real-world type person and at the same time, deep down, he’s a real hero.

Henry Cavill, on playing the main character in The Witcher

The trailer is action packed, with a whole lot of quick cuts. The trailer ends on a gigantic spider crawling out of the ground, and ends on Geralt’s blood red eyes. The trailer was surely epic. Hopefully the television adaption follows the success of the best-selling novels and the awarding winning video game series.

Joining Henry Cavill (MISSION: IMPOSSIBLE – FALLOUT), will be stars Anya Chalotra (The ABC Murders) as Yennefer, Freya Allan (Into the Badlands) as Ciri, Jodhi May (Game of Thrones) as Calanthe, 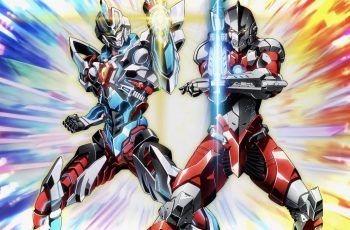 With the upcoming release of Netflix’s Ultraman we get a …
On September 7th, Marvel Spider-Man, from Insomniac Games, is releasing …