Disney’s The Little Mermaid is celebrating it’s 30th Anniversary this year. Starting early next year, production for the live-action version of the film is set to begin. Freeform’s Grown-ish star and one half of the singing duo Chloe & Halle, Halle Bailey, has been cast as Ariel in the film. Now, when Disney released the statement announcing her casting, their official statement read:

Halle Bailey has been cast as Ariel in Disney’s upcoming live-action reimagining of The Little Mermaid. The film is directed by Rob Marshall and produced by Marshall, John DeLuca, Marc Platt and Lin-Manuel Miranda. The film will feature beloved songs from the animated classic by Alan Menken and Howard Ashman, as well as new songs by Menken (music) and Miranda (lyrics).


“After an extensive search, it was abundantly clear that Halle possesses that rare combination of spirit, heart, youth, innocence, and substance — plus a glorious singing voice — all intrinsic qualities necessary to play this iconic role,” says Marshall.

Production is anticipated to begin in early 2020.

There are rumors suggesting that the film will focus more on Ariel’s mother, Queen Athena. That role is currently in casting

As for who is going to be playing Ariel’s father, King Triton, rumor has it that there is one person Disney is eyeing for the part.

Thanks to our pals at The DisInsider, it seems like Javier Bardem is in talks to play King Triton. No deal is final yet, but this casting would be an interesting one. Bardem was just in Loving Pablo last year, and is going to be in the Dune remake as well.

Who Is Going To Be Prince Eric?

Disney also seems to have their eyes set on their choice to play Prince Eric, as well:

The Hollywood Reporter is suggesting that Dunkirk star and One Direction singer Harry Styles could be up for the role of Eric. Dunkirk was obviously much heavier material for Styles; The Little Mermaid could be a welcome change of pace. Plus, since there will be new songs in the film, casting Styles in the role of Eric could be the perfect choice.

Some other casting rumors include:

Now if Disney casts Awkwafina as Scuttle, this will be a different take on the character. She was in Warner Brother’s Crazy Rich Asians last year and A24’s The Farewell, which releases into theaters soon. So this casting can and will be a big one for Disney if they can get her for the part.

Things are certainly starting to shape up for the live-action Little Mermaid.

Disney has just cast the roles of Tramp and Jock … 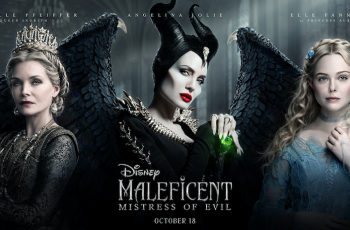 One of the best Disney villains; Maleficent, is about to …