Loki was most interesting in the Marvel Cinematic Universe when he was a villain. Through the sequence in Avengers: Endgame, Disney has ensured that it’s that version of the character to appear in his Disney+ show of the same name. Disney owns Marvel Studios and its MCU and Disney+ is Disney’s streaming service. (Previously, he’d changed so much that he actually became a hero to the world of Asgard in Thor: Ragnarok.)

Loki, played by Tom Hiddleston, starts in the Disney MCU as a loathsome villain greedy for power, willing to let any number of folks die for the sake of his ambitions. But when his life ends at the hands of Avengers antagonist Thanos to start Avengers: Infinity War, you feel bad for him.

Hiddleston will return to the villain role in the series, to be created and executive produced by “Rick & Morty” writer Michael Waldron. Loki begins spring 2021.

It’s also good that this version of the chracter will be one we first knew as a villain. The official plot synopsis offers that Loki, the god of mischief, will be living up to his title in various times and places, meaning that he will alter vital historic occasions in a way only he can. And for what it is worth, Disney has confirmed that the villain version of Loki revisited in Endgame is indeed the one on the show.

Disney’s Avengers run into the villain version of Loki because they must return to different parts of the MCU timeline to reverse the effects of Thanos’ snap, which wiped out half the universe. That’s because they must obtain past incarnations of the Infinity Stones. For Avengers to possibly obtain the Space Stone, known at the time as the Tesseract, they must go back to the Battle of New York, featured in 2012’s The Avengers. But the heroes cannot have everything go their way, and in fact, little does, with Loki from that time obtaining the Tesseract before escaping through the same stone.

“The Loki TV series will follow on from these events,” Screen Rant’s Craig Elvy wrote of the Disney production.

“Firstly, bad Loki is infinitely more fun than antihero, redeemed Loki,” Elvy wrote. “Loki’s redemption story is immensely satisfying and an engrossing evolution of the popular MCU character, but is also nowhere near as fun as Loki’s time as a genuine baddie.”

Also, the “Avengers-era Loki was unpredictable, menacing and conniving and it was impossible to tell exactly how, when and why he was screwing someone over,” Elvy said. “Combined with Tom Hiddleston’s sublime performance, these qualities are what made Loki a fan-favorite of the MCU in the first place.”

Proving his worth in the MCU

As Elvy wrote, The God of Mischief was as crucial to the Disney series as Iron Man, Captain America, or Thor are. However, his value fell when it was clear he was not a threat. From the time Loki fell, as it were, he became less of concern and more about comedy.

The TV series allows Disney to start fresh with the beloved character. And when Thanos killed Loki, Hiddleston was no longer needed to play the character on the silver screen. His character’s story had been told, though going back in time goes around that problem.

The villain Loki gives fans to live on with the character longer, with Disney’s episodic format promising an enjoyable experience. And the story can go many places as much as it couldn’t had with the version of Loki who fought alongside his brother Thor to defend their home world against their more-evil sister, Hela. 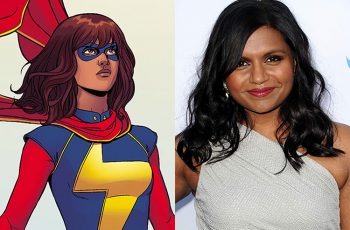 Mindy Kaling expresses enthusiasm for Ms. Marvel in a recent … 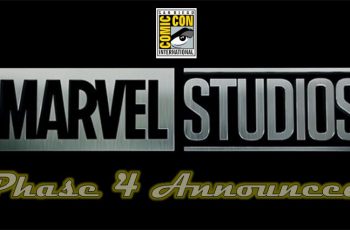 Marvel announces next phase of films for MCU.