By now I am sure everyone talked about, read about, digested, regurgitated and re-digested everything about Darth Rey and the scene’s implications, but let us not forget the part at 2:08 of the trailer that everyone is passing over right now. Let’s take a look at the rest of the Sizzle Reel.

I really hated this as an overall trailer. For a 2:10 trailer we only watched less than a minute of new footage. The first 1:10 does nothing but rehash everything before this point. If this were the very first teaser trailer to come out, it would have been perfect, but as the third set of footage, it should show more. This trailer relates to opening trailers, not trailers of movies only four months out.

We open the new footage of the sizzle reel with our heroes cresting a hill. Laid out before them looks to be an encampment with thousands of people. I Don’t think this shot tells us much, but simply shows us the Resistance’s numbers now reach massive proportions. If all or most of those people end up being soldiers/pilots, the Resistance regained its footing.

We then see our wonderful Princess. No context or meaning comes with the shot, just confirmation to what fans know, Leia returns for the last movie.

Just a Couple of Ships

These next three shots of the sizzle reel are incredible. To be honest any one familiar with legends knows this shot, but most won’t recognize it. At first glance we see the Resistance fleet coming out of hyper space. The next shot shows rows upon rows of Imperial Star Destroyers. One might think a giant epic battle is at hand, but no. Too many clues to the contrary.

The Resistance exits hyperspace, but take a close look. We see X-wings, A-wings, Y-wings and B-wings – the whole hodge podge of ships we saw back in Return of the Jedi. Notice the ships missing from the shot. We see a Correlian Blockade Runner, which may very well be the Tantive IV based on a shot released Friday. One other ship flies nearby that I can’t identify, but that’s it. Not a single capital ship emerges from hyperspace. In a battle snub fighters get creamed when fighting that many Imperial capital ships.

Now take a look at the Star Destroyers. They fly (hover) in perfectly straight lines. If these truly belonged to the First Order, where are the TIEs coming out to meet the Resistance? Why do the ships hover in straight lines, and why are the ships so concentrated?

Putting the Clues Together

Part of the answer lies with the next shot, which shows a ship carrying Finn and Jannah, played by Naomi Ackie. They appear to stare out a window. The background shows the same sky as the fleet locations, so one assumes its the same locale. They stare at the ships. They do not ready weapons, nor do they prepare for battle. Finn and Jannah simply stare out the windows.

Instead of a battle, it appears Ep IX took a page out of Zahn’s Heir to the Empire trilogy again. The Resistance found a lost/forgotten Imperial fleet. The Resistance isn’t there to fight the fleet. It’s there to take possession of it! The Resistance just replenished its lack of capital ships! In Legends the New Republic fleet ends up being half Star Destroyers. Lando commands one for a time and a rogue named Booster Terrik modified one into a fortress/casino and painted it red! The fleet can hold all those fighters including medium class ships like the blockade runner.

Fluent in 6 Million Forms of Killing

The next shot in the sizzle reel may surprise some, but at the same time, we saw hints of it already. When the very first Episode IX poster came out, down in the middle appeared C-3PO (nothing new) except he carried what looked like Chewie’s bowcaster. This made no sense then, and while we know little more, we do know this droid means business. While the possibility remains this could be Triple Zero, the assassin droid, I think that’s too vague for audiences.

I really do not see this plot point doing much for the movie unless one thing happens. We all know Leia needs to die at some point.  For right now I’m betting 3PO kills her. It won’t be Kylo. I know that much.

The sizzle reel now shows a large laser ripping apart the surface of a planet. Rumor says the super weapon returns for Episode IX as some sort of ship that can rip up the surface of a planet. Could these be kin to the World Devastators from Dark Empire? In fact, could this whole trilogy be based off the comic title? It really feels like that at this point.

Rey Chops Down the Rain Forest?

The next quick shot appears to be Rey training, yet she does not look happy in the least. She either wants to chop down the rain forest, or someone just pissed her off big time. The scene does have to do with training though as we see one of the training remotes Luke used on the Falcon in Episode IV.  She hurls her lightsaber, missing the drone and slashing a tree, before catching it once more. There appears to be a red piece of material tied to one of the tree branches near her, so perhaps she is tracking something.

The sizzle reel closes with the inevitable clash between Rey and Kylo. This appears to be the setting on the new poster as they fight on top of some structure. Given the water and the jutting structure, this most likely belongs to the death star wreckage. In the past films Rey and Kylo show an empathy towards each other, but this fight proves that when Rey closed the Falcon hatch at the end of The Last Jedi, any chance they had at getting along became lost. Each looks to fight with vengeance and power.

The line thrown in by Sidious can come at any point in the movie, and Vader’s breathing may or may not mean anything. We do not know yet.  Both sound cool but lack meaning right now. I will not go into the Darth Rey scene as that has been discussed ad nauseum every where else. If you would like my take on it, you can read that HERE.

I wanted more from this sizzle reel, but for the first time since before The Last Jedi, fan theories are flying once more, and people are attempting to figure out what things mean. The discussions have finally returned. Let us hope we get a full and meaningful trailer with Force Friday on Oct 4th.  Until then – Debate away and may the force be with you. 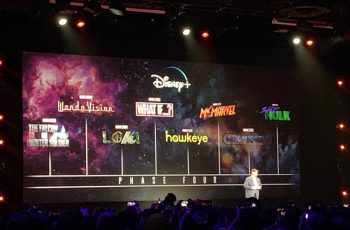 D23 ramps up into full swing and here comes the … 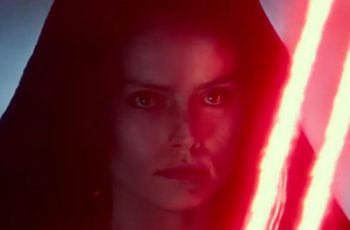 The sizzle reel that dropped at D23 hit the internet …