Borderlands 3 is the third (technically fourth) in a long line of loot based shooter from Gearbox Studios. If you want to know just how you should have prepared for Borderlands 3, check out this article. As for the game, if you’ve played any of the Borderlands series before, you should be right at home. That doesn’t mean that this game is just a reskin of those. It’s the best of the series because of it’s changes from the previous games.

The Great of Borderlands 3

Starting off with the great of the game. If you’ve enjoyed the gameplay of the past Borderlands games, you’ll be right at home with the third installment. If you’re a newcomer, you’ll be thrilled by the fast and fluid shooting of the game. I’ll admit that I didn’t get all the way through Borderlands 1 or 2. I enjoy playing games like this by myself, the idea of co-op is fun for a bit, but sometimes you just have to sit on your couch by yourself and play. Those games had incredibly ramp-ups in difficulty that weren’t very helpful for someone playing by themselves. Borderlands 3 fixes that issue with a difficulty curve that is much more forgiving.

Although I don’t like playing co-op, I did try it out for this review. When you start your character, you can choose between Cooperation mode, that is leveled to your character only or Coopetition, which is less forgiving for people behind where the level of each enemy is that of the party leader. The hop-in, hop-out, co-op play was seamless. I didn’t have any issues with it and I can say that it made me want to actually play with friends for a bit. Unlike other shooters in a similar vein to Borderlands 3, you can seamlessly trade with one another also. Get a shotgun that would go great with your friends class? Just walk up to them and hit the “x” button to trade. It’s that easy.

The gameplay doesn’t stray too much from the classic formula but the real selling point for Borderlands 3 over it’s predecessors for me is the different worlds you visit in the game. Unlike the first two games where you’re stuck on Pandora the entire time, this one starts you there and you make your way to other worlds. These worlds have vast differences in the themes, enemies, vehicles, and overall looks than the first planet. That change makes the pace of the game feel like less of a slog and more about progression. Instead of the same grey, brown, and dusty environments throughout, you’re taken to worlds like the technological Promethea or the lush Eden-6.

Continuing the Great of BLands 3

In classic Borderlands fashion, characters from the previous games return as NPC’s that help you. The game doesn’t make it so difficult to recognize these characters for newcomers to the series. The humor of the game is spot on, and Claptrap is still just as funny. Speaking of the characters that you play as. For my playthrough, I chose Moze, the Gunner. You have four characters at your disposal when you start the game. Moze, the Gunner, FL4K, the Beastmaster, Amara, the Siren, and Zane, the Operative. Each character gives you a vastly different play experience. Whether you like just running and gunning or casting spells, this crop of characters is the most diverse and awesome the series has seen.

Technically, the game is a masterwork. I played on an Xbox One X in 4K and I can say it’s one of the most graphically proficient games of the generation. The cell-shaded look of Borderlands already made it stand out in the visual department, but here it makes all the textures pop.

The weapon diversity this time around is unparalleled. Touting over a million guns in the game, the real highlight is the sheer difference in guns. You can have an assault rifle that fires like a shotgun and when you throw it after reloading, it pops out legs and walks around firing at enemies for a short period. Creativity like that in weapon-making is why Borderlands 3 succeeds so much. It’s not grounded in the different loot based shooters need to be complex and intricate. Unlike games like Anthem or Destiny, Borderlands 3 doesn’t have to have a huge endgame or grind like those games. It makes you want to keep going in the game.

If you couldn’t already tell, I really like Borderlands 3. The mission structure of the game makes every quest feel like a main story one. The side quests have structures that can very easily trick you into thinking it’s a main quest because they’re not all just fetch quests. Nothing felt like it was a chore. It felt like fun for every mission that I accomplished. Borderlands 3 makes this change from previous games that felt like grind fests and it’s one for the better of the series.

The Not So Great of Borderlands 3

The only frustrating moments of the game were some of the boss battles. These moments should obviously be tests of your skill and what you’ve learned in the game. But some of the fights earlier on in the game in particular are where the frustration bubbles up. You learn patterns in their attacks but certain bosses like Killavolt are incredibly and needlessly difficult. It’s not a satisfying Dark Souls-like difficulty, it’s cheap at points.

That’s really it for the complaints I had while playing Borderlands 3. The game was that good. It didn’t frustrate me too much at most points in the game. It was just an energetically fun romp throughout the world of the Borderlands. The game has a massive amount of content and it has endgame content that will keep you satiated for months to come. Gearbox has crafted what could be their finest game, and the greatest the loot-shooter genre has seen. Borderlands 3 gets a gigantic recommendation from me. It’s a 10/10 game. One of the best of the generation and one that you need to play regardless of console or playskill. 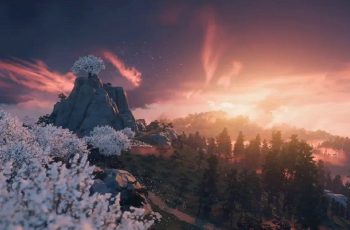 The Ghost of Tsushima creators have just decided to show …

Check out all the new Xbox games coming out for …