I think the directors so far could really produce some excellent content in the Star Wars universe, but sometimes you just need to blow things up. If so, you call this next director – David Leitch. Director of Atomic Blonde, Deadpool 2 and Hobbs and Shaw.

I will be the first to admit that his two biggest successes also banked heavily on major, charismatic stars, but Deadpool 2 and Hobbs and Shaw also had wonderful undercurrents of family and purpose. They both balanced action and story pretty well. Plug David into a scoundrel type movie, or other fun, fast paced action plot and he could develop a rip roaring Star Wars movie, and…..should Dwayne Johnson or Ryan Reynolds happen to tag along so much the better.

Travis Knight also ranks among the young, up and coming directors in Hollywood. He may only own two titles to his name, but what he accomplished with the titles gives him a very bright future. His first movie, Kubo and the Two Strings, turned an ancient fairy tale into a wonderful, delightful and heart warming tale. His success here led to an even bigger challenge – How do you resurrect a dying franchise?

Knight next took the reins on a franchise that lay near death, run into the ground by tone deaf hands. Travis Knight took the Transformers franchise and breathed new life into it by giving fans exactly what they had been waiting for over 5 other movies. With Bumblebee, Travis again spun a heart warming tale of a young transformer lost on Earth. Fans largely loved this tale with the way he serviced fans with original G1 looks for the robots while telling a touching story between a girl and her car.

The day Knight gets pegged for a Star Wars story, i will jump for joy and eagerly await the story behind the movie. Travis Knight can be trusted to give a compassionate and deep story for his new characters.

Last but not least among my desired Star Wars Directors at #6: Hisko Hulsing (Undone)

The final director for recomendation comes from the list of brand new talent, but given that one project he finished, Hisko Hulsing deserves a Star Wars director’s chair.

Hisko Hulsing recently completed a series for Amazon Prime called Undone. I found this series because is starred the actress Rosa Salazar, who recently starred in Alita One: Battle Angel. Hisko directed this series through sher brillaince. Not only did Hisko direct a group of actors in a wonderfully complex series, but he did it in a manner no other series had before.

Hisko directed the entire series using an old tool no one had ever used for an entire series before. Undone became the first show to be done in 100% Rotoscope. On top of Hisko juggling directing in this art form, but his tale dizzies the mind.

After a serious accident, Alma begins seeing images of her father. Sounds harmless enough except her father died years before in a car accident. The trip that follows continously toes the line between mind altering time travel and the possibility of being schizophrenic. Viewers won’t know who’s what and what’s where until the end…..then they REALLY won’t know!

Given the job Hisko did with Undone, I would love to see him tackle an extremely complex series with Star Wars that warps thought and time.

Power to the Unsung

Of course there will always be major directors people will throw into the mix such as Tarentino, Kevin Smith, Joss Whedon and more, but with the inclusion of Disney+, many of these new, up and coming directors could really add a new feel to ongoing Star Wars products. If any of these six ever receive a director’s chair for a Star Wars project, set expectations high, because you will not be dissapointed. 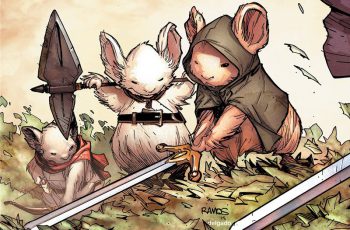 Last year we broke the news that Fox and director … 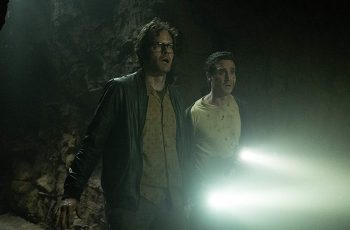 It Chapter Two stays faithful to Stephen King's vision with …