This year has been pretty busy for the team over at Critical Role. They have branched off from Geek And Sundry. They announced all-new merch licenses with companies like Funko and McFarlane Toys.

And the biggest thing this year: their animated series. That was a huge thing and the Critter community came together to make the Kickstarter a record-breaking success.

The Big News for Critical Role

Amazon took notice of this, and now the animated series will be airing exclusively to Amazon Prime Video. Not only that, Amazon ordered 2 more episodes for season 1, and they ordered a 12 episode season 2.

The order of season 2 is insane and amazing at the same time. With 12 episodes now for season one, the Critical Role creative team can really get the story perfect. And since season 1 is diving into the Briarwoods Arc, season 2 can really go anywhere.

So here’s the cast and some of the creative team for the series:

The cast coming on to reprise their roles and to serve as EPs as well is a really good sign for the series. They were the ones that created the story, so they will get to help out with creating it for the series now.

No other information was revealed about this deal with Amazon, but more info in late 2020 will be revealed. So I would get excited for what’s to come with Critical Role’s animated series.

For more on Critical Role, tabletop gaming, or anything else pop culture related, check back to That Hashtag Show. 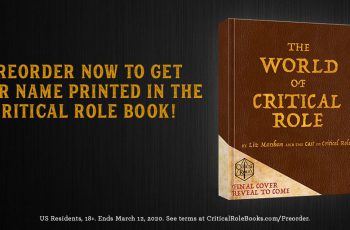 Critical Role has certainly been busy. In barely two months’ … 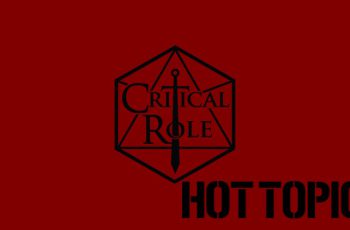 We have a new entry into the ever-evolving world of …