What if Superman landed not in Kansas but in the Ukraine right before WWII during the height of the Cold War?  Find out how a communist Superman will change world history in this week’s Comic Rewind, Superman: Red Son.

In the 1950s the Cold War between the US and the Soviet Union was in full effect.  The tension between the two superpowers was so tense that the slightest thing could end in nuclear war.  One night President Eisenhower went on the nightly news to announce the Soviets have an alien who was faster than a speeding bullet! More powerful than a locomotive! Able to leap tall buildings at a single bound!

The Cold War shifted drastically in the Soviet’s favor.  However, the Americans had an ace up their sleeve, Lex Luthor.  Luthor wasted no time creating something which could defeat Superman., but Superman was not easily defeated.

Decades passed and more and more countries fell to communism.  Superman overcame a coup attempt, Russian Batman and an American Green Lantern Corps.  However, could Superman’s rule be defeated by the smartest man on Earth?

Superman: Red Son was written by Mark Millar with art by Dave Johnson and Kilian Plunkett.  DC Comics published the volume in 2014.

Is Superman: Red Son One Of The Best Superman Comics Of All Time?

When Googling the best Superman comics of all time this is a sure-bet entry.  I love alternate history comics and Mark Millar is my favorite comic author.  I read this comic twice before and I’ve always loved it. After reviewing Batman Year One I wanted to delve back into DC comics.

Superman Is Still Superman Despite Being Communist

This comic does not disappoint at all.  A communist Superman is a scary idea, but Superman lives for the ideals communism was made for.  Everyone is equal and the wealth is spread equally. It this case communism works in large part because Superman can’t be intimidated or corrupted.

However, what I find most interesting about Superman was even though he is communist he is still Superman.  He still believes in truth, justice and the American way of sorts. His core values are still there and would always be there no matter where or when he was born.  I really liked that and found it really interesting.

Superman isn’t the only person who has a little different life in this comic.  Lois Lane marries Lex Luthor and is his ever-present support system. Oliver Queen and Barry Allen become everyday people and don’t don a superhero costume.  Wonder Woman joins up with Superman to protect the world from threats alien and Luthor in origin.

An Absolute Masterpiece Of A Comic

I have not read a lot of Superman comics, but from what I have read this is by far my favorite.  This was an amazing read from start to finish. The genius of how Millar wrote this volume is so good and smart it is hard to pick anything I would do different.  The ending was genius and shakes up Superman’s origin story in a very inventive way.

This is a must read for any Superman fans or just fans of comics in general.  I found this story a prime example of how a well established character can be drastically changed, but somehow remain exactly the same.  Millar wrote a masterpiece of a Superman comic. 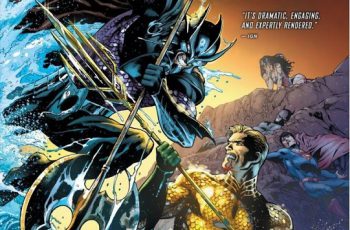 I couldn't get enough Aquaman or King Orm so I … 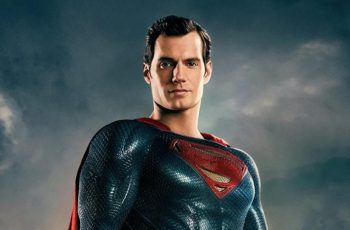 Henry Cavill hopes to play Superman for years to come. …