Let’s get this out of the way right now: Nothing that Disney and Lucasfilm will ever do with Star Wars will ever be right. Some fans, like me, hold Rogue One: A Star Wars Story among the best films of the entire franchise. Others deemed it irrelevant and unnecessary. For some, The Force Awakens was the perfect blend of new and nostalgia. Or… it was a complete rehash of the original, 1977 spectacle that was Star Wars. Fans boycotted Solo because of The Last Jedi. And now some fans are even complaining about The Rise of Skywalker because, again, it was too nostalgic. In hindsight, there may be one, underlying, root cause of the riff in the fan base, and no, its not Rian Johnson. It’s the Lucas prequels.

The Lucas prequels, not The Last Jedi, are the real problem with Star Wars

The Star Wars fanbase first began to splinter two decades ago with the release of The Phantom Menance. Star Wars creator George Lucas created a phenomenon from 1977 to 1983 with the original trilogy. Then came the Lucas prequels. There was much more of the Star Wars story to be told, and Lucas would tell it. The problem began with the means by which he told it, however. The riff that the prequel trilogy created would only widen as the years went by. The chasm broke wide open, though, with The Last Jedi. It should have never gotten to that point.

Lucas was desperate to tell his entire Star Wars story, including the fall of the Republic and the rise of the Empire. That necessarily included Palpatine’s rise to power and the creation of Darth Vader. Had George Lucas followed the formulaic success of the original trilogy in 1999, I might not be writing this piece now. Instead, the Lucas prequels focused too heavily on advances in film-making technology and not enough on, well, Star Wars. (Poor writing, acting, and direction also top the list of prequel complaints.) Often criticized as cartoon-ish, many fans felt the prequels didn’t truly feel like Star Wars. And thus Lucas created the first, and significant, generational divide in the fandom.

Director J.J. Abrams had two of the most difficult tasks ever in the Star Wars franchise. First, he had to try to bridge the gap between fans of the original trilogy and Lucas prequel with Episode VII. Personally I felt that the job he did was subperb.  Still, the younger fans decried the film as too much like the originals. That was despite the introduction of a slew of new characters, creatures, and planets into Star Wars lore. Nevertheless, the die was cast.

Rian Johnson, to the contrary, tried to take things in a completely different direction. Though a critical success, The Last Jedi remains, among many, older fans, one of the least-liked films of the entire franchise. The initial damage done with the Lucas prequels festered until it eventually exploded in 2017. After that, The Rise of Skywalker had no chance of pleasing the fan base as a whole.

Abrams’ second, most difficult task was again trying to heal a divide caused by his predecessors. And once again, personally, I felt he did the best with what he had and it was more than enough. Others, not so much. It begs so many questions. What would the sequels have been like if the Lucas prequels weren’t already such a departure from the original films? What if the tone and feel of the entire, preceding saga was more uniform and cohesive? Would Rian Johnson have ever even been chosen to direct a Star Wars film in the first place? The debate rages on. I suspect and fear that the butterfly effect the Lucas prequels had on the Star Wars film franchise will flutter forever.

At least, for now, we have Baby Yoda. 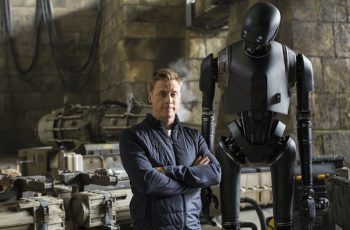 Fans were understandably excited when Disney and Lucasfilm first announced … 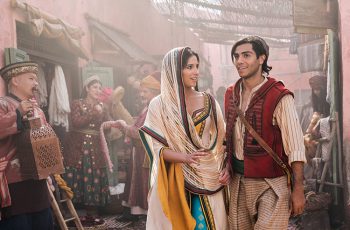 Aladdin is not a perfect film, but it hits the …